It’s often interesting when a game wears its inspirations on its sleeve, especially so when they actually manage to capture some of the magic of the beloved titles from which it draws said influence. Spoiler alert: Blue Fire is a roaring success, weaving together elements from several other games in a way that still manages to forge its own identity.

First and foremost, it’s a platform game. And we mean a platform game, with platforms. Extensive platforms. This is no toothless ramble; what we’re dealing with here is a defiantly old-school 3D action-adventure that’s not afraid to confound you, test your reflexes and drop you to your death if you miss a dash-jump onto a tiny platform suspended in a void.

That’s not to say it’s some grinding masocore meme game, just that it’s got some teeth. It’s quite refreshing, really. It’s a bit of an obscure pick, but Blue Fire reminded us mostly of a more polished Jersey Devil, a PlayStation platformer that had the difficulty sensibilities of a classic NES game. This is not to say it’s unfair, more than it has a surprisingly demanding feel compared to its contemporaries like A Hat in Time. 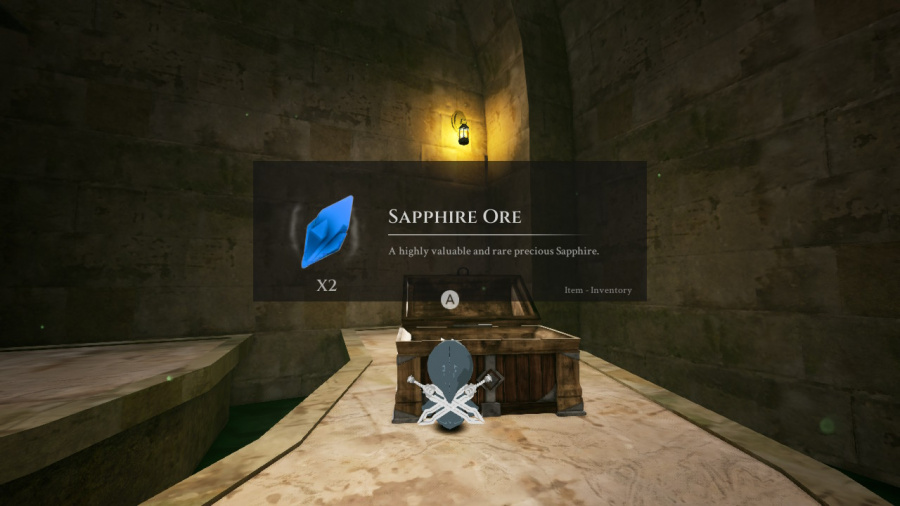 Also thrown into the mix is exploration, which is gated from the most intense platforming in a fairly traditional but surprisingly rarely-seen way; as you journey through the game world you’ll encounter “Void” stages – essentially just short-ish platforming challenges that, by our reckoning, most recalled the F.L.U.D.D-less stages from Super Mario Sunshine in their abstract, floating-through-space style. The exploration areas are more akin to something like the Darksiders series – platforming is still present, but there’s fighting, fetching and switch-hitting to be done.

The combat is probably the weak link of Blue Fire, but that’s not to say it’s bad. Locking on with the ZL trigger, you can dance around the enemies with your useful dash move, activate a block in order to parry attacks, and of course, swipe maniacally at your foes. It feels a little scattershot, but the difficulty of these sections is pitched quite low so you won’t find yourself irritated when it’s time once more for pugilism. You’ll have to play carefully, though, because many of these battles take place on unstable ground, meaning a hit-and-run strategy becomes optimal.

Control-wise it’s a little loose, but in a way that feels more liberating than frustrating. You move at a fair old clip and the aforementioned air-dash move covers a lot of ground. You can stop it short by releasing the ZR button during the move, but you’ll need to learn how to judge this distance pretty quickly as even the second Void stage requires you to do this on remarkably precarious ground. The knockabout feel of the combat controls suits the combat, which is more the means to an end than a really compelling part of the gameplay. 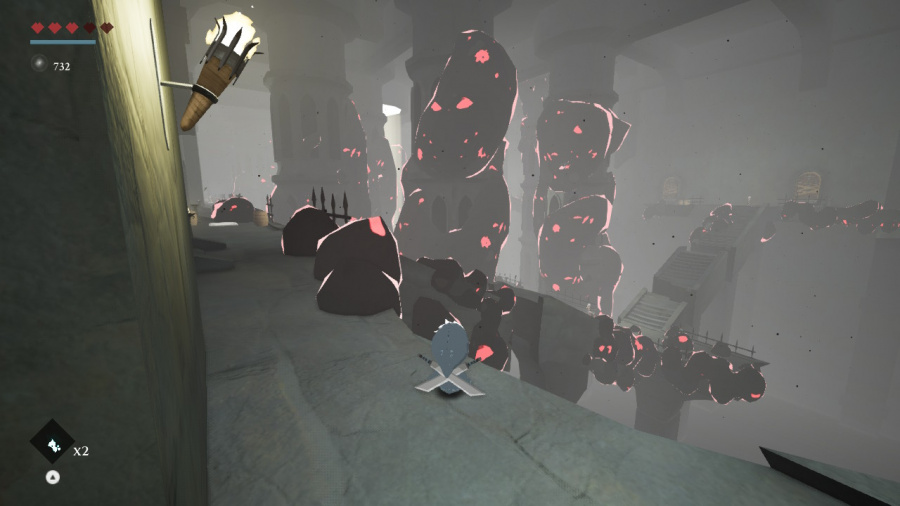 Customisation plays a big role, too – you’re able to augment and upgrade with new abilities that aid your traversal, with a double-jump and a wall run to name just a couple. These powers can be improved with collectables (in a similar way to the excellent Hollow Knight) and you’ll always have something new to play with all the way through the game. And that’s a lot of game, with our playthrough easily cracking 20 hours without ever getting repetitive or boring. You’re also able to upgrade your weapons and switch out your outfit, the former of which going so far as to change up your animations, too – one of many signs that this was a game made with a lot of TLC.

It’s all very pretty, too, with an ethereal, unusual aesthetic which recalls the darker, odder scenes of Studio Ghibli films. Character designs are appealing, with fun writing enhancing the brief NPC encounters. Things are brought down to earth just a little by Blue Fire’s performance – it seems to hover around 30fps, but certainly not consistently. It doesn’t hitch in a way that will affect your gameplay, but it could definitely be better.

A very pleasant and enjoyable surprise, Blue Fire is an auspicious debut from ROBI Studios. Only the performance issues, mildly sloppy combat and high difficulty are points of contention, and the latter will certainly depend on your point of view. Developed with passion and skill, this is a world you can lose yourself in that’ll reward you the more you play and the better you get. It’s uncompromising in its difficulty but doesn’t resort to cheap tricks and “gotchas”. The graphics are appealing and, crucially, clear as day. This is a fantastic experience overall, even if it isn’t made up of the most original pieces. It’s gameplay first and once you’re traversing the infinite space of the Void stages, everything else basically just falls away.

WoW Shadowlands’ 9.1 Update Joins Its Distinct Covenant Storylines Back Together

“Going For Golden Eye” Is Getting A Sequel This Year, And It Will Be Free To Watch

Square Enix Shows Off New Trailer For The World Ends With You: The Animation

“Going For Golden Eye” Is Getting A Sequel This Year, And It Will Be Free To Watch

A Steam bug has been deleting store pages, including CS:GO’s, before Valve quietly fixed it