Completing these quests are of vital importance if you’re looking to unlock all the content from the season’s Battle Pass, including some highly sought-after new skins.

This first quest requires you to collect three Golden Artifacts from near The Spire, a new location that’s opened up on the map.

Where to find Golden Artifacts in Fortnite: Chapter 2 Season 6

So far we’ve found five Golden Artifacts, though you only need to collect three to complete the challenge. (This can be done across multiple matches).

All of them are found near to The Spire. Once you’ve collected three, the others will despawn.

This new location on the map is not difficult to find: it’s pretty much dead centre, having popped up in the place where Zero Point was until very recently.

Golden Artifacts are harder to spot than they sound, being both rather small and not quite as blinged-out as you’d expect. They do, however, have a distinctive blue glow around them, making them especially easy to spot in the dark.

Three of them are shaped like llama heads; one is modelled after Kit (Fortnite’s own Mecha Kitty); while the other statue is a dead ringer for the Egyptian god Anubis.

Also, bearing in mind that you’ll need to head to the centre of the map to collect them, consider spending a few moments gathering some loot before you run headlong into the fray.

Finally, be wary of a new hostile NPC type called the Spire Guardians. These unfriendly fellows guard the Spire (unsurprisingly) and are quite difficult to take down one-on-one. While attempting this challenge, you’re better off trying to avoid them than attempting to confront them.

When you’re ready to approach, head towards the Spire and keep an eye out for the following locations.

All of the Golden Artifacts are found in the central area of the map, close to the Spire. 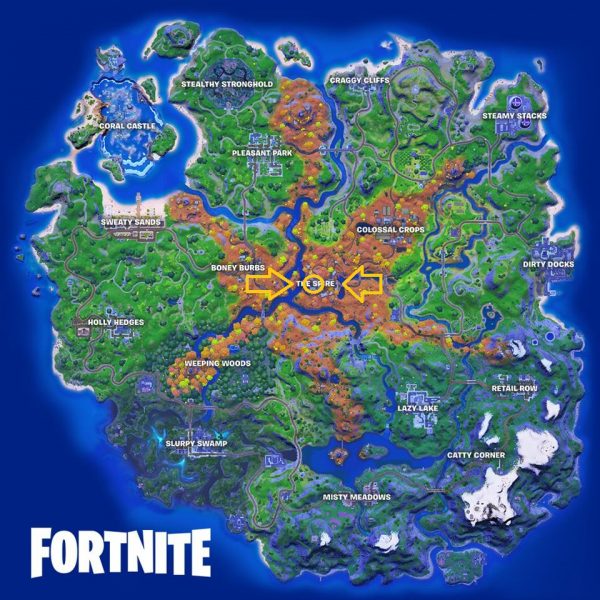 Head to the eastern side of the area and look for an open area with market stalls. The one you’re looking for sits in the shade of a building right at the base of the Spire. It has a red cloth covering its roof and back wall. You’ll find a Golden Llama Head inside this stall. 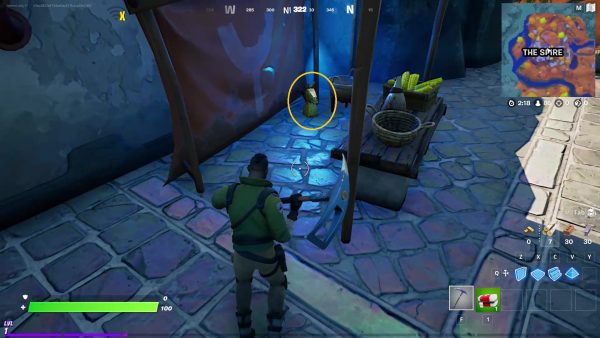 Staying in the same area, head into the house that directly overlooks the market stall. There’s a Golden Kit Statue through an archway, next to some barrels. 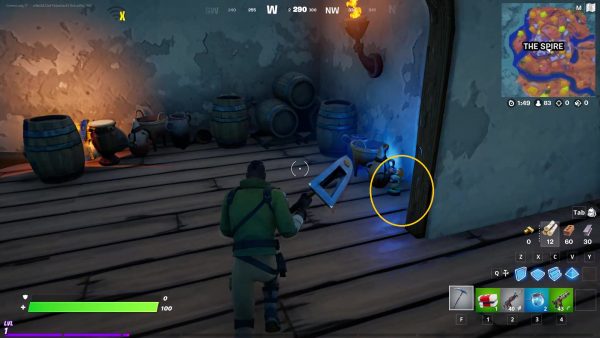 Circle the base of the Spire and you’ll find a building right at the foot of the stairs. It’s occupying some prime real estate and so is basically impossible to miss once you know to look for it. Smash through the wooden boards over the entrance to find a Golden Llama Head and a chest right inside. 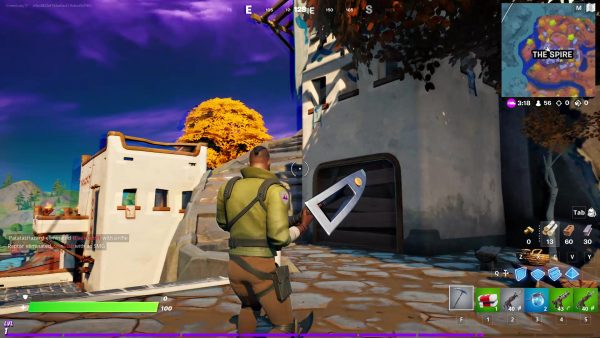 Head directly west of the Spire and you should see a very desirably (if somewhat dangerously) located house on the side of the cliff. The building is three storeys tall and another artifact can be found on the middle floor. It’s quite tucked away in a corner and can be missed in the clutter; just keep your eyes peeled for a Golden Anubis Statue. 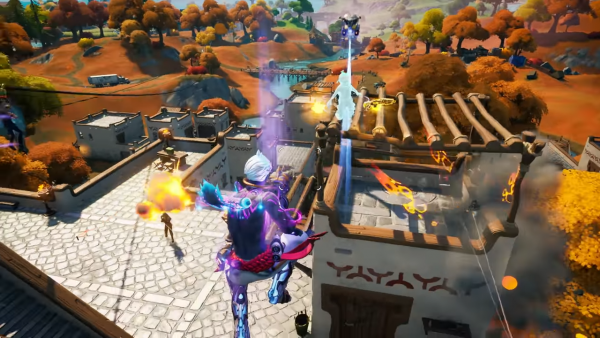 Finally, on the south side of the Spire, there’s a miniature spire altar with a glowing blue portal set into it. The portal is used for another of the season’s challenges, but most importantly for this one, it has one more Golden Llama Head sitting right next to it. 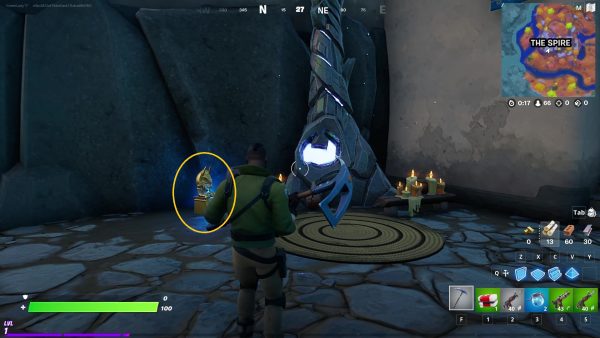 There may well be more Golden Artifacts on the map we haven’t seen yet. We’ll be sure to update you if we spot any more!

What are the rewards for completing the challenge?

Finding all the Golden Artifacts and completing the quest nets you 24,000 XP. You’re going to need to tier up regularly if you want to access all the Battle Pass content before the end of the season, and weekly challenges provide a nice sizeable boost to XP — so be sure to complete them!

Sadly, you don’t gain any extra points for completing this challenge while wearing any of the new Tomb Raider skins introduced in this season. But it does just feel more appropriate somehow. 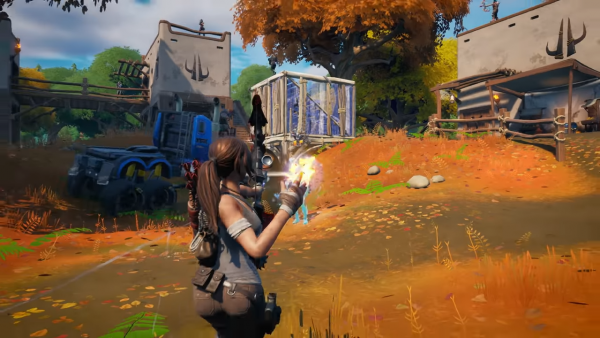 Age of Empires 2 and 3 Definitive Editions are getting updates

Castles, Kings, and Community: An Interview with the Team Behind Age of Empires IV

Check out some Hot Wheels Unleashed action in this new trailer

Outriders players are being offered an appreciation package for launch woes

Age of Empires 2 and 3 Definitive Editions are getting updates

Castles, Kings, and Community: An Interview with the Team Behind Age of Empires IV