The Other Side of Isle and Sea is a world quest you’ll get once you reach the second act of Genshin Impact‘s Midsummer Island Adventure.

For this quest, you’ll need to find and view five murals scattered around the Golden Apple Archipelago. When you spy one of these murals — which resemble cave paintings — take a photo to add it to your quest log.

The quest will be activated the first time you photograph one of the murals, so you’ll quite possibly stumble across it while undertaking other quests. Read on below for all mural locations, any of which can be used to begin the quest.

Finding all the murals around Twinning Isle

Three of the five murals can be found on Twinning Isle — but there’s a minor catch. Twinning Isle is actually the collective name of an island chain within the Golden Apple Archipelago, and you’re going to need to go to a different landmass for each of the three murals here.

Read on to find out where to go and what to do when you get there:

Where to find the Twinning Isle mural

The mural named after Twinning Isle itself can be found on the southern of the two main islands in the chain. This is the largest, circular island in the south of the chain, which contains the Twinning Isle waypoint.

In the centre of this island, you’ll find a large arch leading down to a small passageway. 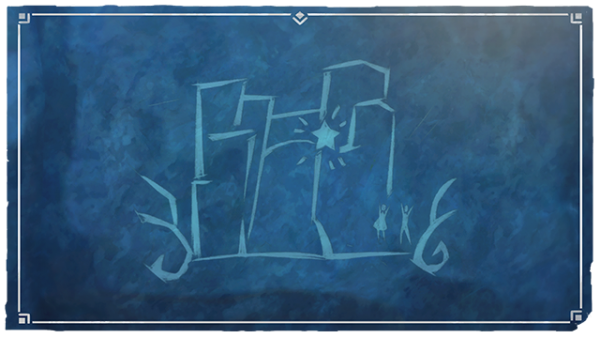 The mural found here shows a mountain with a star symbol and human figures.

Where to find the Nameless Island mural

If you don’t know where Nameless Island is — or if you thought it was on another part of the map altogether (near Starfell Valley, there’s one called the same thing there too) — don’t worry. Neither did we until we found out its name (or lack thereof) from this mural. Until now, we’d just been calling it the west island of Twinning Isle. 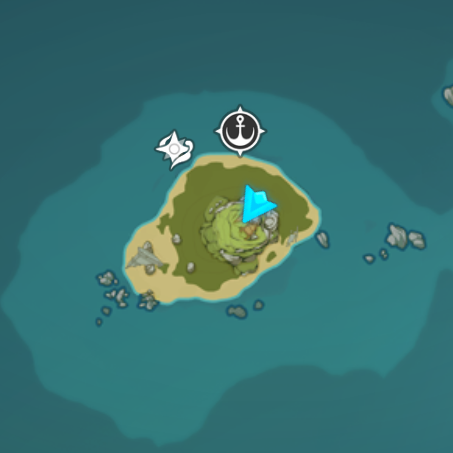 But no, it turns out Twinning Isle probably just refers to the two biggest islands on the chain… hence the name, I suppose. The third largest island a way out to the west is Nameless Island. 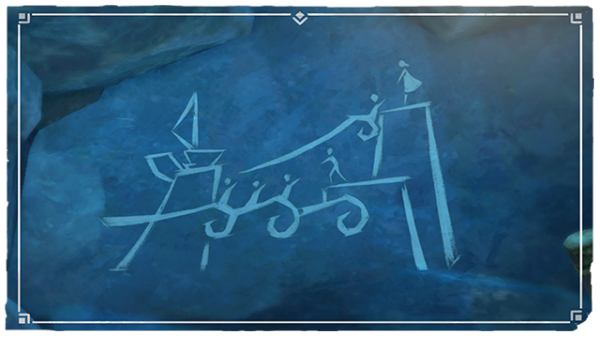 There’s no waypoint on this island, so glide over to it and head to the mountain in the north. Standing on the beach side, you should see a fairly abstract mural with what, on closer examination, resemble human figures attempting to escape a wave.

Where to find the Nameless Islet mural

So as it turns out, Nameless Islet is the northernmost islet on the island chain we know collectively as Twinning Isle — and also happens to be the northernmost point of the whole Golden Apple Archipelago. You can reach it by travelling north from the north of the two main islands. Again, there’s no waypoint, so you’ll need to glide or take the Waverider. 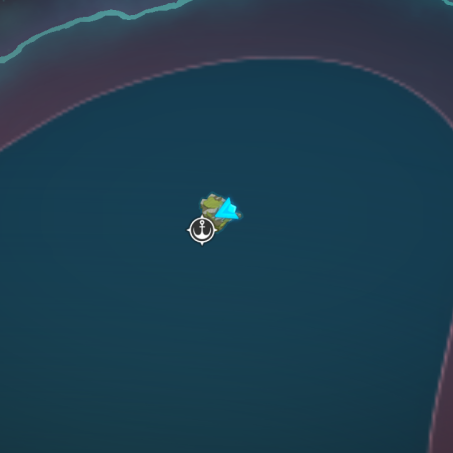 This is by far the hardest mural to find, as there are numerous conditions that can interfere with your attempts to reach it. Most troublingly, Nameless Islet is shrouded in mists and inaccessible for most of the day. The mist only lifts between 10am and 2pm in-game, so that’s when you should head over.

To get a clearer pinpoint on the islet’s location in the mist, you should pick up the Echoing Conch that’s just to the south of the teleport waypoint on Twinning Isle proper. Accepting the quest A Trip Through Fog and Wind while on the main south island will also yield more pointers on reaching the islet. 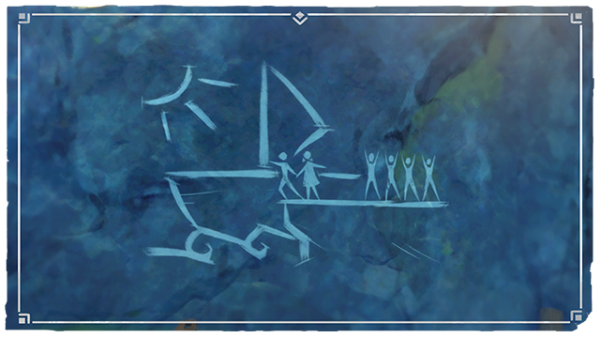 This islet is tiny, and besides the mural — which shows several human figures embarking on a boat — there’s an Echoing Conch and several chests here to find. Be sure to have a good look around before you leave.

The Broken Isle mural is a little hidden, but fortunately not too taxing to uncover if you know where to look. 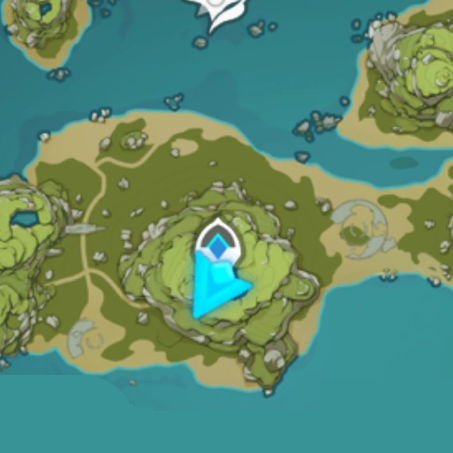 Travel to the Broken Isle waypoint and make your way to the island’s south beach, right below the mountain where you teleported in.

Here you’ll see a Painted Wall mini-game marked out with an image of the Dodo-King. Break this wall by using the Wind-Blessed Harpastum on it and enter the cave that’s revealed. 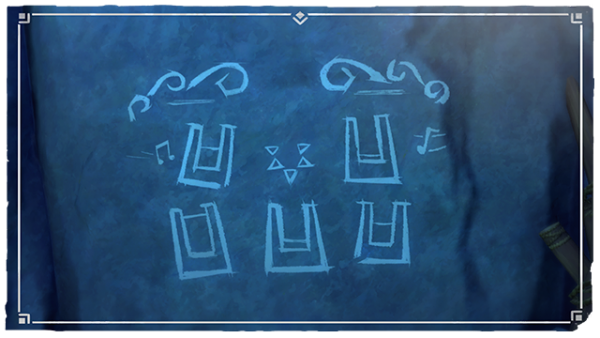 There might be some minor enemies to fight in here, but more importantly there will also be a mural. This very abstract mural is actually a hint to completing the Mural Lake puzzle, which is Broken Isle’s central mystery.

Happily, this one’s quite easy to find. Travel to the waypoint and head east towards the mountain. 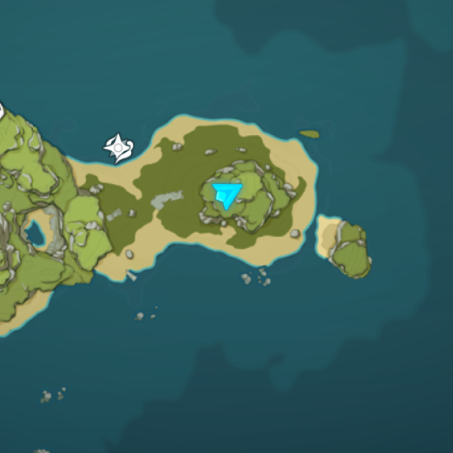 On the mountain’s western side you’ll see a rocky overhang: the mural is partly sheltered by it, but nevertheless should be easily visible as you approach. 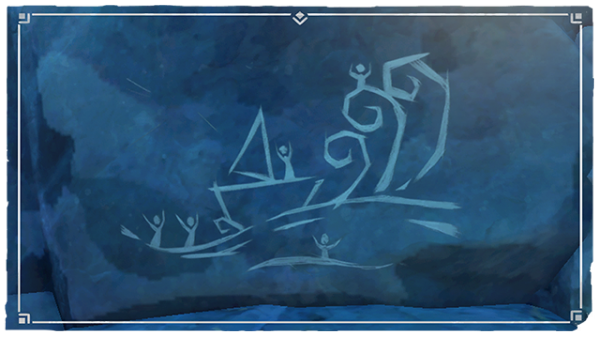 This mural shows a great wave crashing over a ship.

What to do after photographing all the murals

Once you have all five photographs, head to Mondstadt. In the Knights of Favonius library you can speak to a researcher named Sayid, who’ll be only too happy to piece together the tale told by the murals. 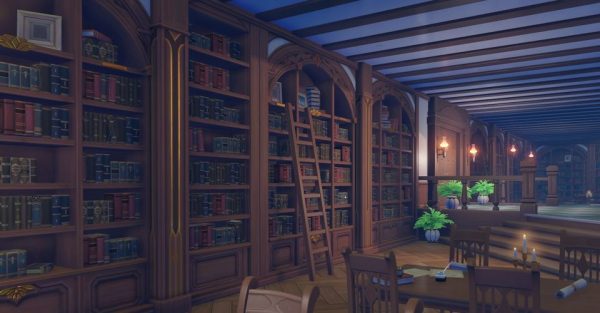 This completes the quest The Other Side of Isle and Sea. You will receive a generous reward of 350x Adventure EXP, 30,000x Mora, 40x Primogem, 3x Hero’s Wit, and 6x Mystic Enhancement Ore for your dedication to sightseeing.

If you’ve yet to embark on your Midsummer Island Adventure in Genshin Impact, check out our getting started guide.

Or for more on the many quests on Twinning Isle, see our guide to completing They Who Hear the Sea.

How to get free XP and stat refunds

How to get the Golden Egg rune

Who got into the Halo Infinite test? Is The Ascent finally a killer cyberpunk game? – VG247’s Definitely Not a Podcast Video Chat #6