We’re a mere month out from the start of the Tokyo 2020 Olympic Games – but for aspiring Olympians eager to experience the triumph and heartbreak of the world’s greatest sporting event, the journey starts today with the Xbox One release of Olympic Games Tokyo 2020 – The Official Video Game!

Olympic Games Tokyo 2020 offers anyone the opportunity to live out their Olympic dream. Choose your sport and take to the track, pool, or field across 18 unique playable events in a fun-filled, arcade sports experience that brings the unparalleled global sports festival directly into your home. Create the athlete of your dreams, compete solo or online in actual Olympic venues (including the Olympic stadium!), or test your skills against the world’s best in online play supporting up to 8 players. No matter your level of competition, you too can chart your own path toward Olympic glory!

Olympic Games Tokyo 2020 features 18 fun-fueled arcade sports events that can be played solo or multiplayer with friends & family. Bump, set, and spike your way to Beach Volleyball gold, throw down in the boxing ring or judo mat, or sprint past the competition in a wide range of official Olympic events. From traditional Olympic events like the 100m and Hammer Throw, team sports like baseball and basketball, or newer events like BMX and Sport Climbing, the full Olympic experience is represented in Tokyo 2020.

Olympic Games Tokyo 2020 also offers a robust avatar creation system that allows players to easily create the athlete of your dreams. Want to hurdle as a pirate or hit the hardcourt as an astronaut? Build your own dream athlete, fill out an entire team, or share your avatar code with friends to build the ultimate dream team. Bonus: over 50 colorful costume options including Sonic the Hedgehog and Miraitowa, the official Olympic mascot!

Whether you play solo, couch co-op, or compete online, Olympic Games Tokyo 2020 offers plenty of options for aspiring Olympians to test their skills with or against other players from around the world. 8-player multiplayer, Ranked Games, and global leaderboards provide a wide range of casual or competitive play for Olympic gamers of all ages and skill levels.

The Olympic Games are set to make their glorious return next month, and now it’s your chance to experience everlasting glory from atop the podium. Jump in-game and start training today! 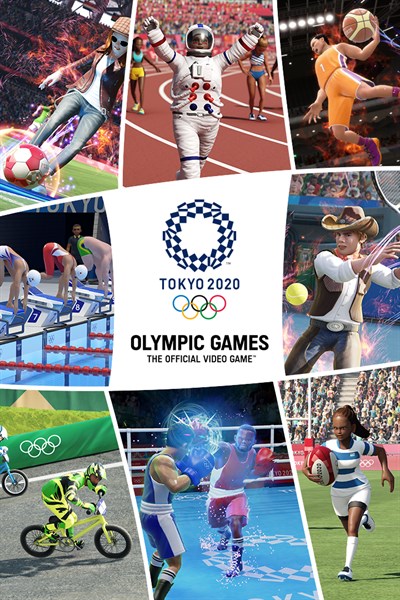 The Olympic Games are back, and this time it’s your chance for glory! Whether you play with friends, family, or go for gold on the global leaderboards, this is a party game that anyone can pick up and enjoy!

Prepare to unleash the competitor within as you create your athlete, customize their skills and pick the perfect costume. Why settle for standard sportswear when you can take center stage as a pirate, astronaut or cowboy?

Choose between 18 fun-fueled sporting events—from Tennis and Football to the 100m, Basketball and Boxing—there’s always a record to beat and a score to settle.

Going for gold has never been this much fun!

You probably didn’t play Death’s Door, but you should have

The Ascent Anabolic Express quest | How to reach The Node

Storyteller is a clever game about the crafting of stories