Halo, the legendary first-person shooter series that started on Xbox, finally makes its comeback this year with Halo Infinite. Play as Master Chief through a new single-player campaign, or dive into the free-to-play multiplayer with your own unique setup.

It’s about 160 days after humanity lost the war. 343 Industries calls Halo Infinite a “spiritual reboot” of the series that should appeal to newcomers and long-time fans alike. This most expansive campaign yet immerses players in the world and introduces the story behind the popular franchise. At the same time, the multiplayer arena-style combat and sandbox team battles quickly teach beginners what it means to play Halo.

So where to start? Here’s what you need to know about Halo Infinite.

Halo Infinite is set for a holiday release, which is just a fancy way of saying that it’s coming in either November or December with no exact release date.

Head of Xbox Phil Spencer recently discussed Halo Infinite’s mysterious release window on Dropped Frames, a podcast about the video games industry. According to Video Game Chronicle, the release date might depend on when competitors release their games to avoid clashes.

Halo Infinite was supposed to release with the Xbox Series X|S in 2020. However, 343 Industries pushed back the original release date by a year after the lukewarm response from fans. The studio later planned for a fall 2021 release, which then quietly slipped back to “holiday release.”

Halo Infinite supports crossplay between PC, Xbox Series X|S, and Xbox One. Like with every other Halo game, Halo Infinite is Microsoft or bust.

In addition to crossplay, Microsoft highlighted that cross-progression allows players to carry progress from PC to Xbox and vice versa. Cross-progression works like playing the same game across different platforms. Save files, inventory, and other player-specific data should seamlessly exist across platforms without any hassle.

There’s no date for the beta test yet. However, community director Brian Jarrard has made it clear that they want as many beta testers as possible. Anyone can sign up to test the beta for free. All you need to do is create a Halo Insider account, which means joining 343 Industries’ official program for soliciting feedback from volunteer testers. 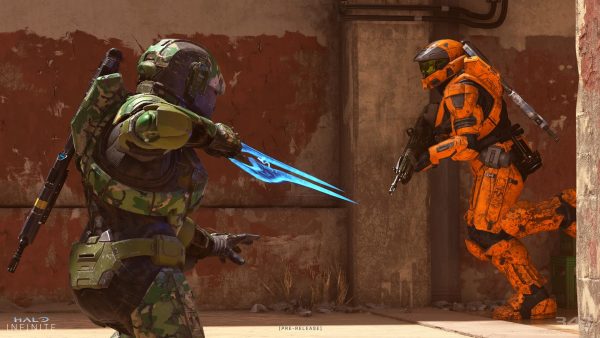 Halo Infinite pre-orders are live. Beware of fake release dates like December 31 — those are just placeholders. They also represent the latest the game could come out, supposing that the team keeps its promise to release in holiday 2021.

Pre-order Halo Infinite from one of these retailers:

If you’re only interested in multiplayer, you won’t need to pre-order. Just download it for free like you would with Call of Duty: Warzone or another free-to-play title.

Halo Infinite only comes in the standard version. There are currently no other editions. However, some predict a collector’s edition in the future considering the series’ history with releasing them.

Any copy of Halo Infinite is both for Xbox and PC, so there’s no need to buy separate copies. Also, the game will be available for Xbox Game Pass with launch-day access like all first-party Microsoft games.

Master Chief’s new storyline follows the fan-favorite Super Soldier in an expansive new Halo campaign. Not much is known about the actual plot, though developers have warned players that dual-wielding and Elites are not coming back.

Halo Infinite multiplayer pits players against each other in fresh challenges and focuses less on narrative. Creative director Joseph Staten confirmed that vehicle-infused combat would return along with modernized features of what made Halo what it was during its golden age.

343 Industries assures fans that it won’t turn into a battle royale. Free-to-play multiplayer might bring to mind the likes of Fortnite and Call of Duty, but Halo Infinite won’t be following in the two’s footsteps. 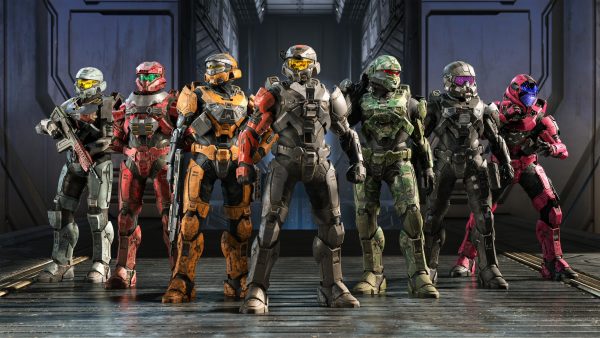 Unlike typical battle passes, Halo Infinite won’t trap players with progression addiction or microtransaction marketing tactics. 343 Industries plans to implement non-expirable battle passes that remain active, even after a season ends. That way, players won’t need to rush through all the levels of a particular battle pass in time for the next season. Furthermore, they want to prioritize features that don’t pressure the players into constantly playing the game.

Players need to pay for battle passes in Halo Infinite. However, developers emphasized that no loot boxes or any pay-to-play elements will be part of the game.

As a plus, Spartan customization allows players to customize each part of their character from the helmet to the knee pads. These customizable features include parts of the protective suit, but also the person under the armor. Fans praised the in-depth customization, especially because of inclusive features like different body types and even prosthetics.

Apex Legends is getting a new character, Seer, soon