We may not be getting a new rival schools game any time soon, but at least Akira Kazama is making her debut in Street Fighter 5 soon.

If you’re a fan of punk-styled, apologetic biker fighters, then you’re in luck; Rival Schools’ Akira has finally been shown off in Capcom’s premier fighting game.

We’ve known that Akira is coming to the game for a little while now, but the latest Capcom livestream showed off some gameplay for the character – and she looks great. Check out her first gameplay trailer below.

Long-time fans of the series may note that she is rocking a lot of older moves, mixed in with some new additions, and Akira’s older brother Daigo will be making an appearance, too. Watch the trailer to see him fry Dan with a powerful pose. Intimidating.

Better yet, we’ve also got more information on the other two incoming characters that’ll be featured in the Season 5 Character and Premium passes: Oro and Rose.

Rose will launch in Street Fighter 5 on April 19, following on from Dan Hibiki arrived in Street Fighter 5 back in late February. Neither Rose nor Oro have release dates attached to them just yet, either. There’s also a final character to arrive in-game that’s yet to be revealed by the developer. We wonder who it could be…

Oro, the ultra-powerful hermit that needs to tie one hand behind his back (and balance a turtle on it) in order to limit his power, makes his glorious return in the game proper, after appearing in both Menat and Dhalsim’s story modes.

He’s kitted out with his classic leap attack, double jump, and a new move called Tsuranekeashi (the EX version of which is a good base for some neat combos).

“Oro’s V-Skill I is called Onibi. This move has Oro throwing out a smaller version of his SFIII projectile Super Art Yagyou Dama, which will bounce off the floor at different angles,” explains a description of the character over on the PS Blog.

“This gives Oro a chance to put more pressure on his opponent. It’s a bit slow to come out, but has several hits of projectile damage so it can blow through opponents’ fireballs.

“His V-Skill II is a new move called Minomushi, where he makes a small hop. By inputting a punch or kick after this move, Oro can follow up with additional moves.” 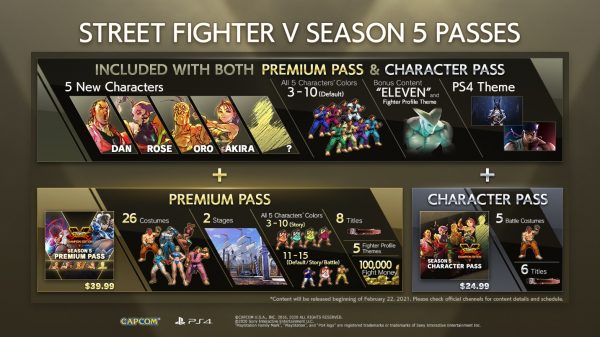 Before you buy the Final Fantasy Pixel Remasters, be warned of how Square Enix has treated past re-releases

Pokemon Unite| How to surrender & quit a match early

How to get more Holowear Tickets