The difficulty of trying to recommend the best armor for each game in Mass Effect is that the trilogy doesn’t really contain any dud armor. It’s all good, but how useful you personally find each piece will depend on your character class and your preference of playstyle.

However, in this guide we’ll highlight a few sets and pieces included in the Legendary Edition that stand out thanks to their exceptionally high stats, popularity with players, and other interesting features.

How armor works in Mass Effect 1

In the first Mass Effect game, armor is divided into three types: light, medium, and heavy. Most armor sets are available in all three types, but with different stats which emphasise the likely play style of the character classes who can wear them.

Across almost all armor sets in the game, damage protection and shields get progressively better when changing from light to medium and medium to heavy armor, but at the cost of tech and biotics protection, which gets worse at higher levels.

Best armor in ME1

The Scorpion Armor is a staple in the first half of the game, particularly for the classes who need to stick to light armor. Available relatively early in the game, it sits comfortably on the higher end of all light armor sets in terms of stats.

However, if you’re looking to change things up later in the game you might want to hunt down the Predator Armor. This is available from the Normandy Requisitions Officer once your Shepherd reaches Level 50 or so. 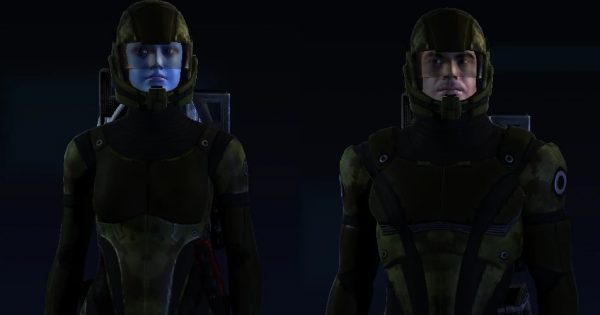 The Predator L(ight) type is perhaps the best option if you’re playing as a class that’s limited to light armor, but characters who can access more powerful armor types would still do well to track down the Predator M/H for their strong shields and unusually high tech/biotics protection.

Beyond these notable armors, choosing the best armor for you is a case of identifying what effect you most want to promote in your build. The Colossus Armor has the highest damage protection of all armors in the game, and is often mentioned in the same breath as the Predator types as the joint-best armors across all types in ME1. 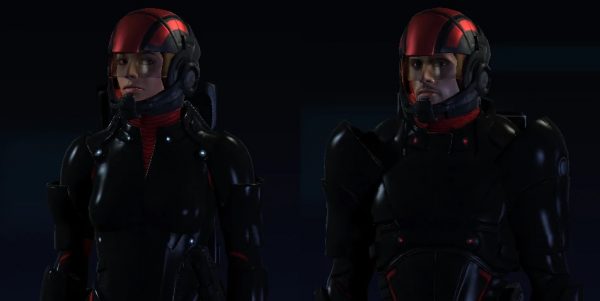 Meanwhile, the Crisis and Hazard Armor sets (which have identical stats) boast the best shield stats. And when it comes to tech and biotics protection, the (again identical) Freedom and Hoplite Armors are unparalleled, though they’re firmly middle-of-the-road in other areas.

How armor works in Mass Effect 2

Mass Effect 2 does away with light, medium, and heavy armor in favour of customisable and non-customisable armor sets, as well as a variety of bonus sets that were originally DLC.

Because of this, there’s a lot to be said for the game’s default N7 Armor set. Don’t let its status as starting armor fool you: it’s well worth upgrading Shepherd’s basic armor, since it was designed as the only full armor set that would be available to players who went into ME2 without any add-ons installed. 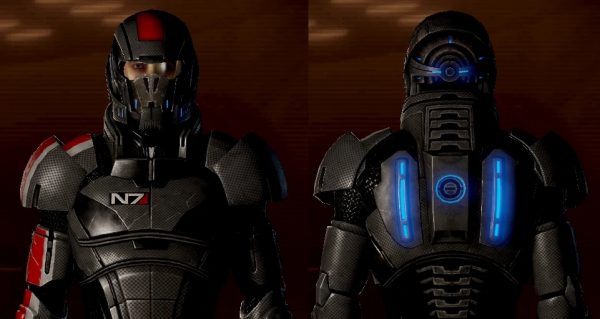 Therefore it’s very flexible and also fully customisable, allowing you to swap out pieces when you find something else you particularly want without dismantling the entire set.

Best armor set in ME2

Thanks to the Legendary Edition incorporating what was originally DLC into the main game, you’ll get access to some powerful items without having to pay extra.

Unsurprisingly, it’s a former piece of premium DLC that really stands out as the best armor set in ME2.

The Kestrel Armor (originally part of the Aegis Pack DLC) has one evident major benefit over other sets in the game: it provides multiple effects when equipped. While other armor sets and pieces tend to focus on boosting one specific area, the Kestrel Armor is a good all-rounder. 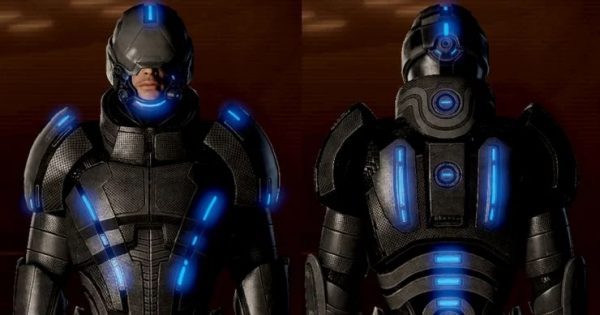 Its most outstanding features are a 30% increase to melee damage and 25% to shield strength when all five pieces are equipped, but it also provides sizable boosts to headshot damage, weapon damage, and heavy weapon ammo capacity.

Additionally, this is one of the game’s two full customisable armor sets (the other is the N7), meaning its pieces can be equipped individually if you prefer. Therefore not only does it have some of the best stats in the game, but it’s one of the most flexible builds you have access to as well.

While the Kestrel Armor is undoubtedly hard to beat as a set, there is one individual armor piece in the game capable of giving it a run for its money. The Strength Boost Pads shoulder armor can be bought from the Omega Market after completing the Horizon mission.

Equipping them grants a 25% increase to melee damage, the largest effect granted by any individual armor piece in the game. Of course, its utility will be limited if you’re playing a class which specialises in long-range combat; but it’s sure to temp Solider and Vanguard players in particular. 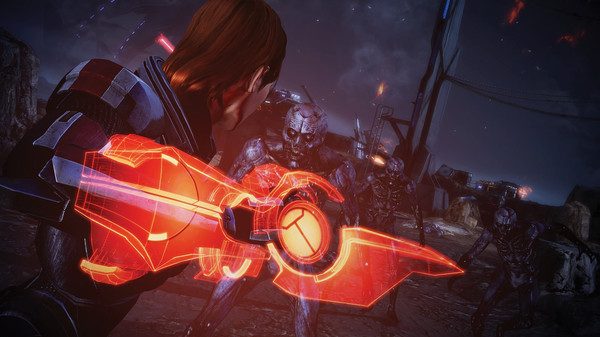 Finally, one important effect boost we haven’t touched on yet is health. For my money, the best armor piece for this effect is the Life Support Webbing, equipped in the leg slot. This piece can be bought from the Sirta Foundation on the Citadel and increases health by an impressive 10% when equipped, the largest health boost from any single piece of armor in the game.

Furthermore, leg armor pieces effects tend to be nice-to-have rather than boost areas essential to a core build; so it’s well worth considering taking the health increase at the expense of a smaller amount of ammo capacity or speed.

How armor works in Mass Effect 3

More than any other game in the trilogy, ME3’s best armor set is highly subjective. While character class and preferred play style has always had a role in determining which armor set might suit you the best, in ME3 it’s the main question to ask yourself when choosing your armor.

It’s also worth noting that this game carries across many armor sets that were locked to special editions or only available in DLC in the previous game, but keeps the customisation elements that made ME2’s armor system so versatile. 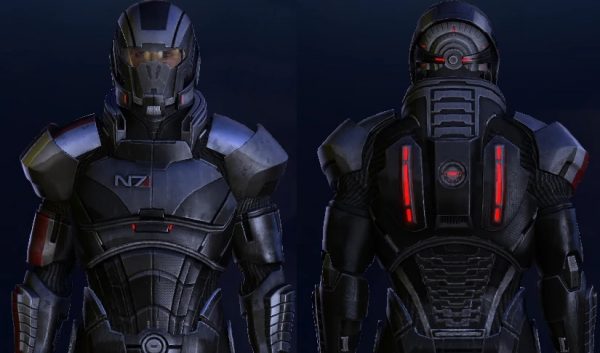 Therefore this game’s default N7 Armor, while still very good (it gives you a truly impressive 50% health bonus!) isn’t designed to cover all the bases, since base game players actually had options this time around.

Best armor for close-combat classes in ME3

If your character class is Soldier or Vanguard, or if you find yourself favouring close-up combat in gameplay, the Collector Armor is a good set to aim for. Carried over from an ME2 DLC (unlike the Kestrel Armor, which regrettably doesn’t reappear), the Collector Armor puts a 20% boost each to shields, shield regeneration, and health. 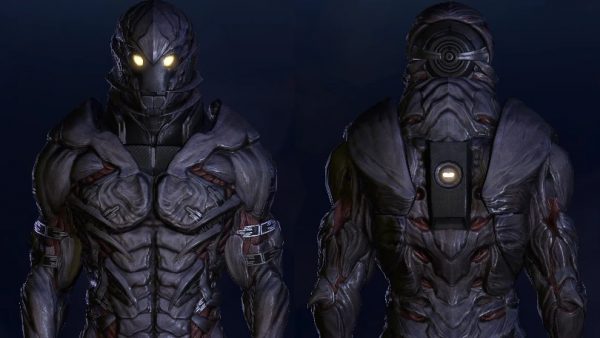 It’s a well-rounded must-have set of effects for Shepherds who find themselves in the thick of it in combat, particularly if you’re confident that you have your offensive effects handled without needing an armor boost.

Best armor for support classes in ME3

For more hands-off classes like Sentinels, Adepts, and Engineers, the Blood Dragon set provides a decent amount of protection while supporting power-focused combat. 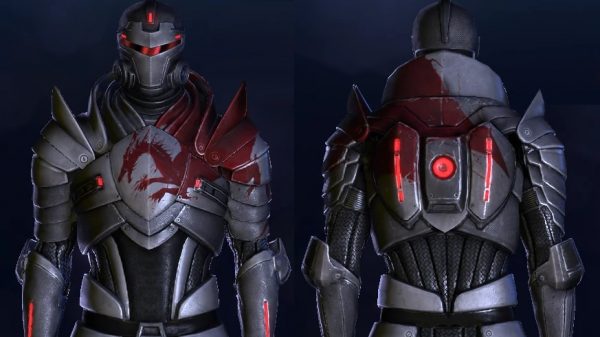 (It’s also worth noting for fashion-conscious Shepherds out there that this set — which debuted in ME2 as a reward for players who also owned Dragon Age: Origins — looks absolutely rad as hell and is probably unbeatable in terms of style points. That’s not a real stat in Mass Effect, but it’s almost guaranteed you’ll feel cooler while wearing it.) 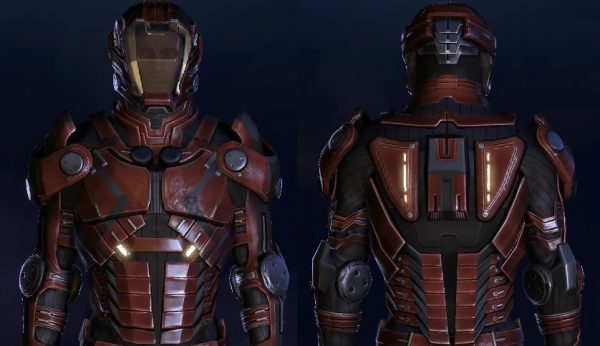 However, if you’re confident in your ability to protect yourself, the Inferno Armor does even more for your power damage and recharge, at the expense of the shield boost (and awesome dragon decal).

Best armor for ranged classes in ME3

Infiltrators are in a bit of a unique position here, since the best approach for them is to mix-and-match a little.

Since this class favours sniper rifles, equipping the Kuwashii Visor with its +10% to headshots is an undeniably good start. 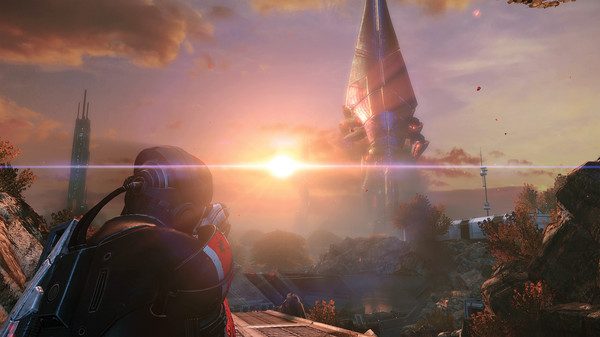 However, if you want to make your hands-off hacker truly deadly from a long distance, picking other pieces from the Armax Arsenal set (particularly the shoulder and arm pieces) stacks an extra 20% on top of that. That leaves you the leg and chest slots free to equip any boosting effects you desire, while giving your sniper Shepherd a truly scary amount of pinpoint accuracy with their weapon of choice.

NBA 2K21 is free on the Epic Games Store this week

Bethesda and Microsoft will host a joint conference at E3 2021