If Ready Player One left you craving more of that shameless ’80s nostalgia, then Narita Boy is probably right up your alley. With elements of Tron, Star Wars, and various retro consoles sprinkled throughout its pixel art graphics, Narita Boy is bound to tickle that memory gland of yours in all sorts of ways.

After a successful Kickstarter which smashed the initial goal of €120,000 (£106,000ish), Spanish developer Studio Koba failed to meet the Switch port stretch goal, but instead caught the eye of publisher Team17 (Worms, Overcooked), who presumably helped with funding. 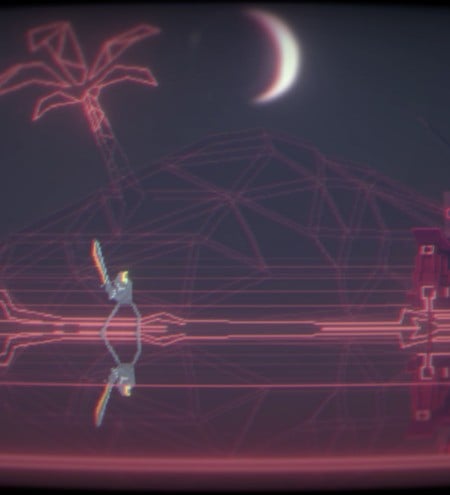 Narita Boy is an action-platforming game, in which the eponymous Narita Boy wields the powerful Techno-Sword to defeat the enemies of the Digital Kingdom. The sword can also turn into a shotgun and a laser beam, because this is the ’80s.

The developers also promise a “pumping soundtrack” inspired by analogue synthesizer music, and if the trailer’s anything to go by, it’s a lot like Look Around You meets Dune (1984). Hell yeah.

No solid release date has been confirmed yet, but it will launch simultaneously across all platforms (including Xbox Game Pass) this Spring.

Is Narita Boy the neo-retro game you’ve been waiting for? What other ’80s culture does it remind you of? Let us know in the comments.

The Legendary Jackie Robinson Graces the Cover of MLB The Show 21: Collector’s Editions

The First Review For Bravely Default II Is Now In