Super Nintendo World opens in Japan next year on 4th February. Ahead of its release, Nintendo’s Shigeru Miyamoto gave us a 15-minute look at some sections of the park. For your convenience, we’ve thrown everything from this broadcast into a single post.

The entry point of Super Nintendo World is a Warp Pipe. How appropriate. From here, you’ll enter Peach’s Castle. As you can see in the shots below, there are some familiar-looking paintings on the wall. There’s also matching castle music from Super Mario 64. 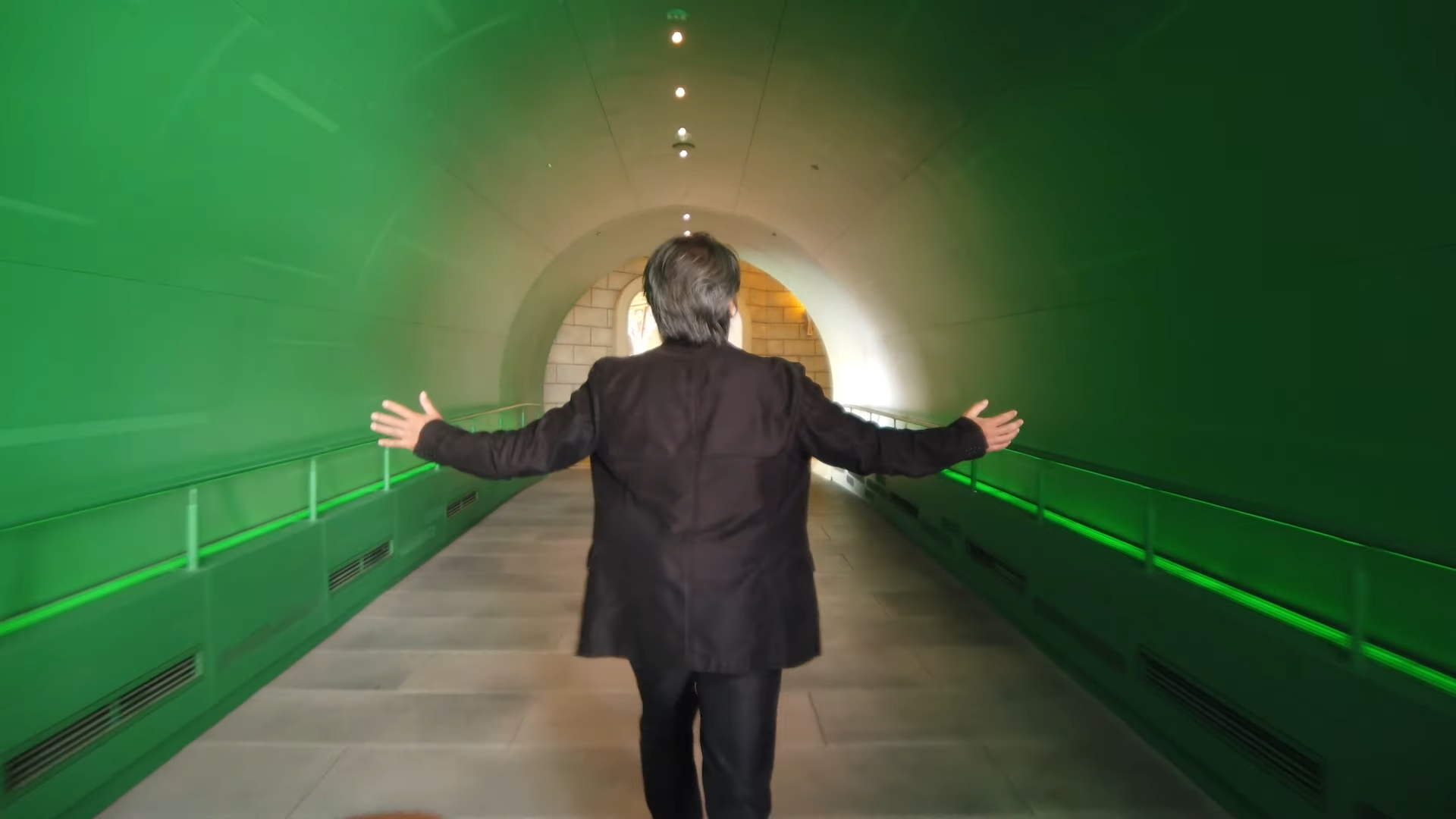 In Miyamoto’s words – this here is the “? Block” activity. With the Power-Up Band, you can play a special game. Power-Up Bands also allow you to search for secrets hidden around the park, record what you do and you can use the QR code on the back to link it with the smartphone app and “check your status”. 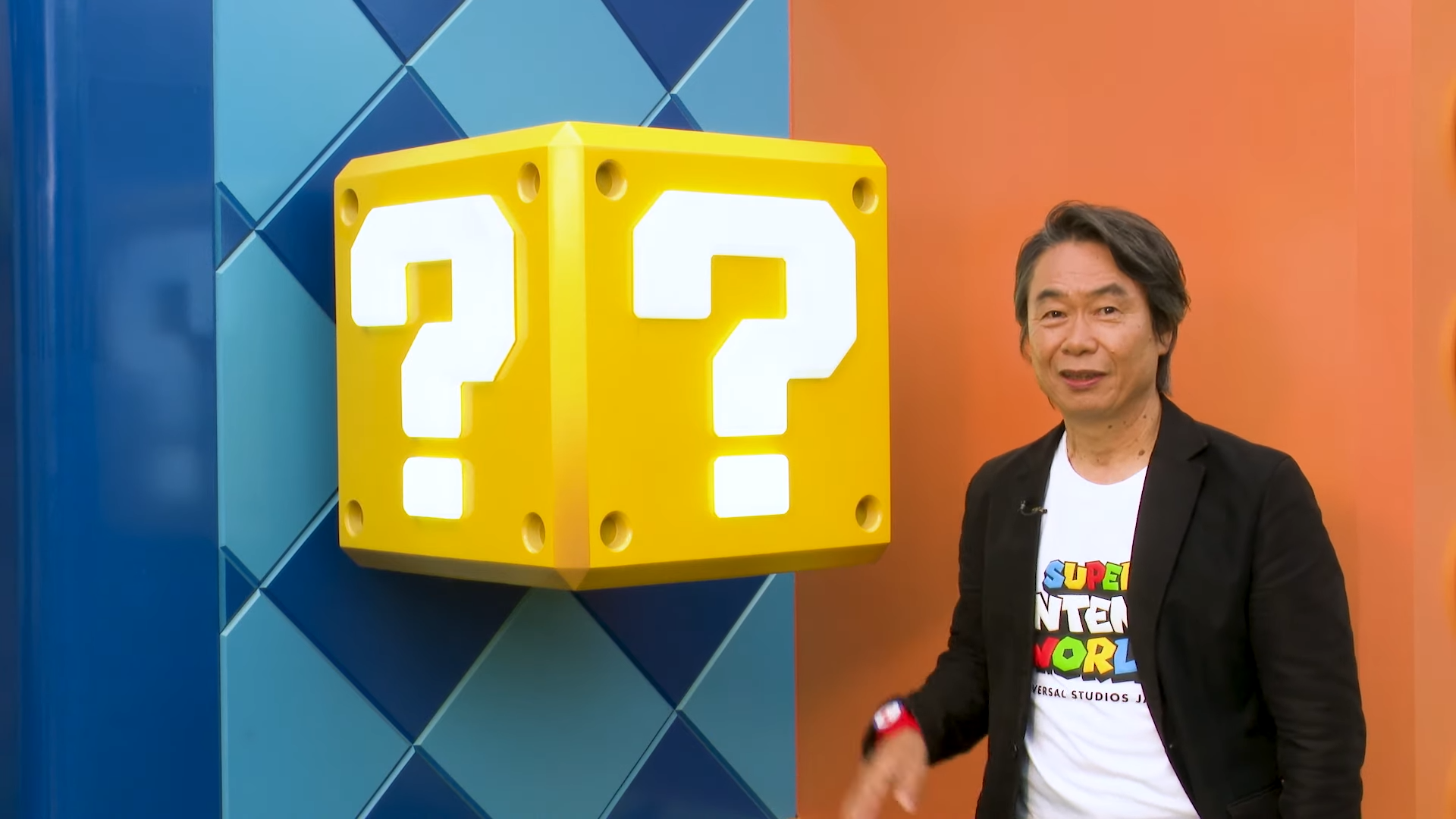 Just like in the Super Mario games, this block will give you coins. In this case, they go straight to your smartphone app. All up, there are six different bands to collect and they even work “like amiibo” so you can use them after you return home. In this activity, the aim is to get the spinning key above the pipe. To start the game, you tap the key tapping point and must then try and get the shell to hit the POW Block above. It’s all about the timing.

The key then gets recorded to the Power-Up Band. If you manage to collect three keys, you can then take on Bowser Jr. in the final battle.

This section of the park was described by Miyamoto as a “realistic underground cave” resembling a huge maze. In here, you’ll find more things you can scan and exploding Bob-omb. In one section you’ll even feel like you’ve turned into “mini Mario”. And to go out with a bang in this section, there’s a giant Bob-omb activity. 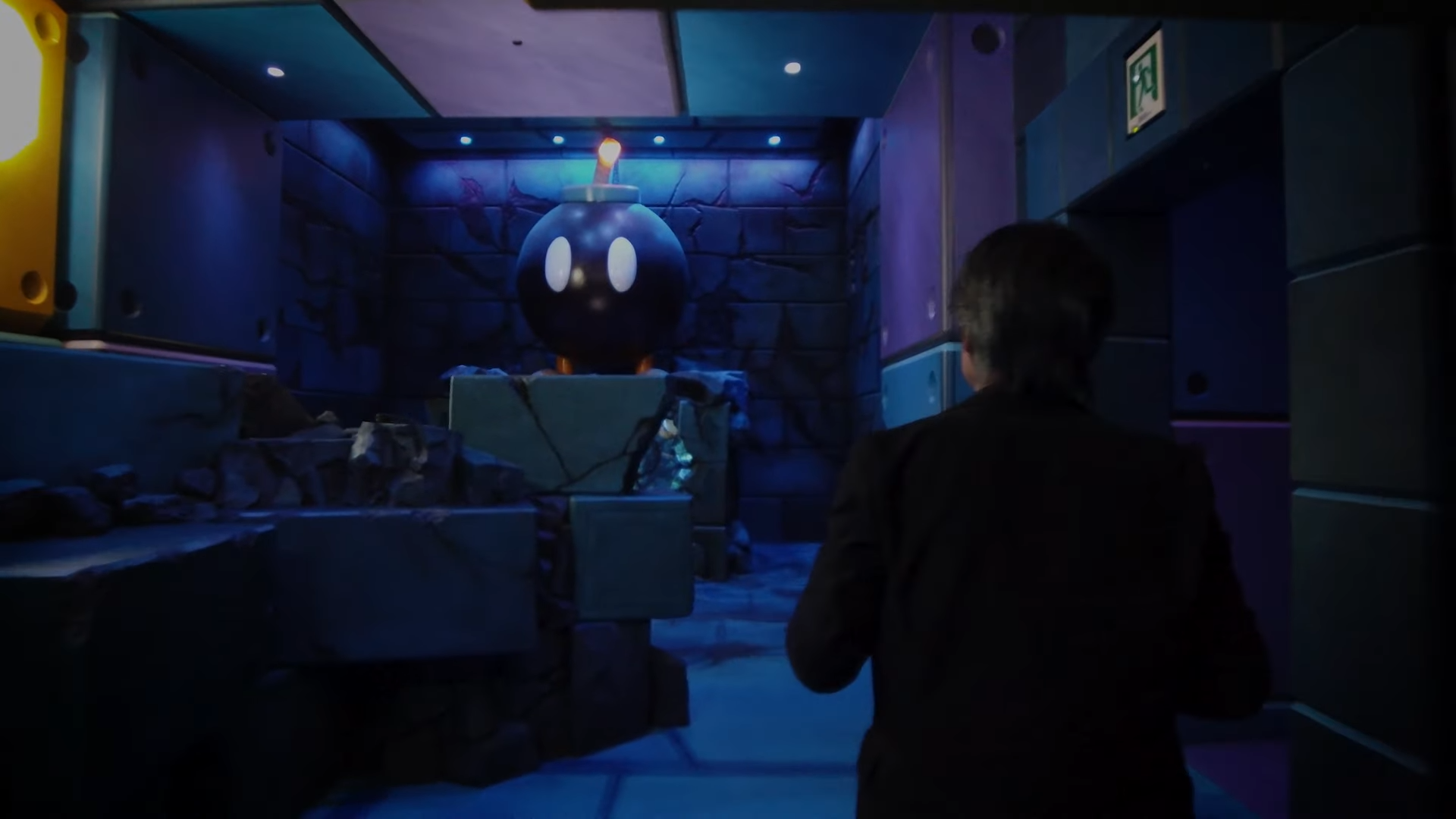 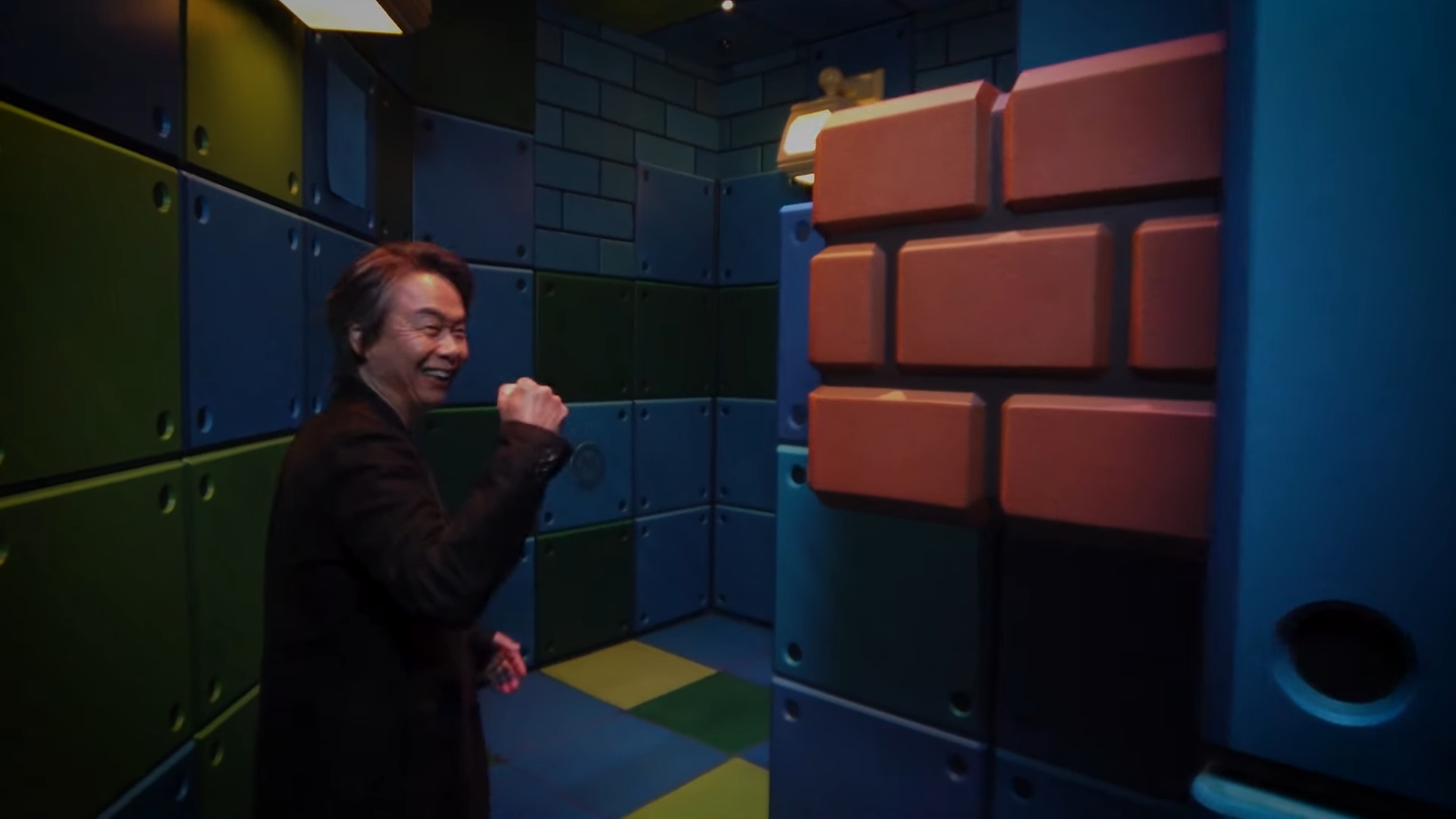 Presenting the 1-UP Factory (aka the gift shop). Here you can purchase some exclusive Super Mario merchandise. The Nintendo development team have even created a special toy – Toko Toko Mario. No batteries required! While you’re at it, why not try out some popcorn. The flavours include Caramel Peach and Mushroom.

The place to go for food and you can also scan some small or big items with your Power-Up Band here. The restaurant is run by Toad, and there’s a nice big dining area. Below is a look at some of the items on the menu. This ride apparently took six years to develop and is apparently like nothing else before. Inside, at the very top of the steps, is a giant statue of Bowser and even further in, is a display of all the Mario Kart trophies – including a special Universal Studios one. What you’ll be wearing during the Mario Kart challenge…

Once again, Super Nintendo World opens on 4th February 2021. What did you think of this Direct livestream? Leave your thoughts down below.