Remember the days of the NES, Game Boy and SNES? Back then, video games seemed to be the sole domain of children. Every commercial showed a kid playing the console, games were marketed in comics and other children’s publications, and a vast array of licenced titles were released which covered everything from Teenage Mutant Ninja Turtles to Barbie. During this period, Nintendo secured its dominance with a series of AAA titles which, despite being aimed at younger players via their colourful and cute imagery, were also played by an increasing number of adults.

Gaming had, according to the popular narrative, “grown-up” and everywhere you turned there seemed to be “experts” telling you that the days of the cute and cuddly mascot platformers were over

Then came the ’90s, and the release of the Sony PlayStation. Gamers grew up and desired more mature video games; we saw the arrival of age-ratings to ensure that titles like Resident Evil and Mortal Kombat 3 couldn’t get into the hands of younger players, while titles like WipEout courted dance and club culture with their licenced soundtracks packed with notable artists of the period. Gaming had, according to the popular narrative, “grown-up” and everywhere you turned there seemed to be “experts” telling you that the days of the cute and cuddly mascot platformers were over.

Only they weren’t. During this period, Nintendo stuck to its guns and continued to release a flood of family-friendly fare on its N64 system. Sure, there was the odd outlier – GoldenEye 007 and Perfect Dark being two notable examples, alongside Eternal Darkness and Metroid Prime on the GameCube – but the company nonetheless remained committed to its existing ethos, and released numerous games which could be enjoyed by all ages, rather than just adults. To hammer home the “all ages” appeal of these games, Nintendo once again relied on kids to get the ball rolling, which would hopefully then filter down to other members of the household.

Fast forward to the present day, and it’s hard to see precisely how that stance has changed. Yes, the Switch is home to more mature games than any other Nintendo system, with the likes of Doom, Dark Souls, Wolfenstein II and Witcher 3, but a quick glance at the most popular Switch titles in terms of pure sales and a rather different story is painted. Mario Kart 8 Deluxe. Animal Crossing: New Horizons. Super Mario Odyssey. Pokémon: Let’s Go. Super Mario Party. Splatoon 2. New Super Mario Bros. U Deluxe. All of these games are taken from the top-10 best-selling Switch titles to date, and one thing unites them all: they all have PEGI age ratings which are no higher than 7+ (several of them are actually rated 3+).

While the official translation provided by Sega is currently under some dispute, the reaction to someone having the audacity to claim that Nintendo games are aimed at younger players has caused quite a stir – and we’re not entirely sure why

Taking this into account, it’s easy to see why Sega’s Chief Creative Officer Toshihiro Nagoshi has stated that Nintendo’s systems have traditionally done very well with younger players. However, his words have triggered quite a hostile reaction from some quarters of the Nintendo faithful, if our comments section is anything to go by. Nagoshi – who is best-known for overseeing the adult-focused Yakuza franchise but, lest we forget, is also the genius who gave the world Super Monkey Ball – is quoted by Sega as saying: “I think even now the Nintendo platform is still a game console that is played by a wide range of age groups, but basically, I think it’s hardware for kids and teens.”

While the official translation provided by Sega is currently under some dispute – video game producer Adam Evanko points out that the meaning has perhaps been “lost in English” but there is “0% condescending tone in how he put it in Japanese. Everyone plays Nintendo but kids and teens especially love it, is basically what he is saying here” – the reaction to someone having the audacity to claim that Nintendo games are aimed at younger players has caused quite a stir – and we’re not entirely sure why. 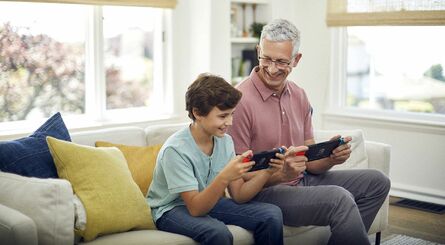 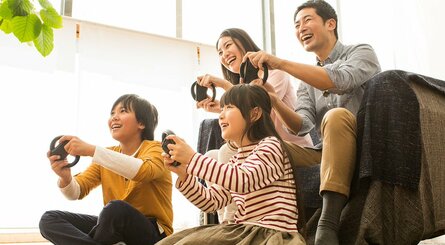 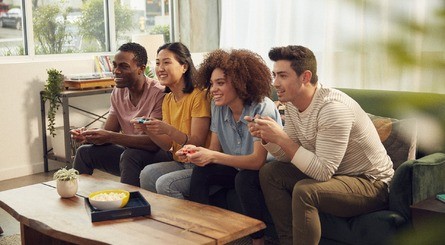 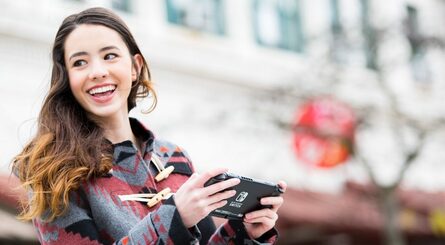 Nintendo has done a lot to ensure that Switch’s appeal is communicated to all age groups, but younger players still drive a lot of sales

To be clear: Nintendo games are played by a wide range of age groups, just as Disney movies are watched by kids, adults and even grandparents. The topic of who they are actually “aimed” at is a valid one; it would be rather disingenuous to claim that movies like Toy Story and Frozen have been crafted specifically with adults in mind, but that doesn’t mean that cannot be enjoyed by adults. The same could be said of Star Wars or the Marvel superhero universe; these are films that have a broad audience, but the proliferation of associated licenced toys, lunch boxes and action figures would suggest that younger viewers are one of the biggest parts of the pie.

The Disney comparison is apt because Nintendo is often referred to as the Disney of video games – and it’s a good link to make. With its catalogue of colourful and cute mascots (Mario, Yoshi, Princess Peach, Toad, Kirby, and so on), Nintendo’s key focus is clearly on younger players – and that’s one of the chief reasons the company has been so successful over the years, from the glory days of the NES right up to the present day. Sales of Nintendo consoles like the Game Boy Advance, DS and 3DS have arguably been driven by kids – especially in its native Japan, where portable play remains king. Even in the west, Nintendo’s promotional work has focused on younger players, with the majority of print ads and commercials showing kids interacting with their products. Sure, we’ve had some exceptions – during the Wii and DS period, older celebs were drafted in to push product, and Switch advertisements have taken a more mature tone of late – but when compared to how Sony and Microsoft hawk their consoles, the difference is striking.

Again, it’s important to stress that this isn’t a negative, and we certainly don’t think for a second that Nagoshi meant it as such. Indeed, his reply has to be taken in context – he was explaining why he chose the GameCube as the system to host Super Monkey Ball, Sega’s first game on a Nintendo system. While his career has taken him towards more mature themes with the popular Yakuza franchise (a series which Nintendo turned down, it should be remembered), this is not a person who is totally blind and dismissive of catering to a younger audience. In fact, during his career, he has created games which appeal to both young and old players.

It’s worth repeating that Nintendo’s focus on younger players and their families is one of the reasons the firm has been so popular for decades and will remain popular for years to come – it’s also why Nintendo is imitating Disney by building its own theme park in Japan. By releasing games which can be played and enjoyed by all ages, Nintendo is removing the barrier to entry and thereby ensuring it can hit as wide an audience as possible. It’s similar to how movie studios often fight for cuts which will allow the film to get a more lenient age rating and therefore attract a larger audience; while that’s not suitable in all cases – a war movie isn’t going to be as convincing if it’s sanitized to get a lower age rating – it does at least mean that you’ve got a potentially larger pool of people who will pay to see your film.

It’s not to say that Nintendo ignores its older players, either; this is the company that has commissioned the likes of Devil’s Third and Bayonetta 2

To see this as anything but a positive is puzzling, because it’s precisely what has enabled Nintendo to remain at the summit of the games industry across five decades – and it’s not to say that Nintendo ignores its older players, either; this is the company that has commissioned the likes of Devil’s Third and Bayonetta 2 – it is well aware that there’s a place for more mature games on its platform, but, unlike its rivals, it’s not as reliant on those kinds of experiences for its commercial success, as the top-10 Switch games list shows. In fact, if you look at the best-selling Nintendo games of all time, the pattern remains – Super Mario Bros., Pokémon, Mario Kart and Wii Sports are all present and correct, although the latter title is arguably part of the company’s drive to unite fans of all ages.

You’d imagine that as players have matured and grown-up, Nintendo would mature alongside them, and while that is certainly true to an extent (we can’t imagine the Nintendo of the ’80s allowing Bayonetta near any of its consoles), Nintendo is also aware that the players who owned a NES or SNES now have children of their own – and by offering an experience which mixes nostalgia with killer gameplay hooks, it is paving the way for another generation of hardcore fans who will look back with happy memories on their time playing Super Mario with their parents and siblings.

And no doubt, those same kids will be debating exactly who Nintendo aims its games at in another two decades.

JBL Quantum Cup: How to Watch the Fortnite, Valorant, and PUBG Tournament

Cyberpunk 2077 review roundup – all the scores