More than 10 years after its inception as a Flash game, Thomas Was Alone is now so much more than the puzzley, story-driven platformer it appears to be. It is an artefact of an interesting time in the progress of indie games; a time when lo-fi, hi-concept darlings made Twitter swoon week-to-week. Thomas Was Alone was one of those darlings, and the Switch release prompts a welcome retrospective on a game that has held up remarkably well as a thing to play, and equally well as an idea to contemplate.

Thomas Was Alone was created by British developer Mike Bithell and released at a time when indie gaming was just about breaking into the mainstream in a big way. Mobile internet and social media were in full swing, providing the conditions for breakout hits to overrun the gaming conversation, and consoles’ online stores brought wider, mainstream distribution within reach of the smallest developers. By 2013, Thomas Was Alone and its DLC were on both PS Vita and PlayStation 3 – yes, in those days you needed two consoles! 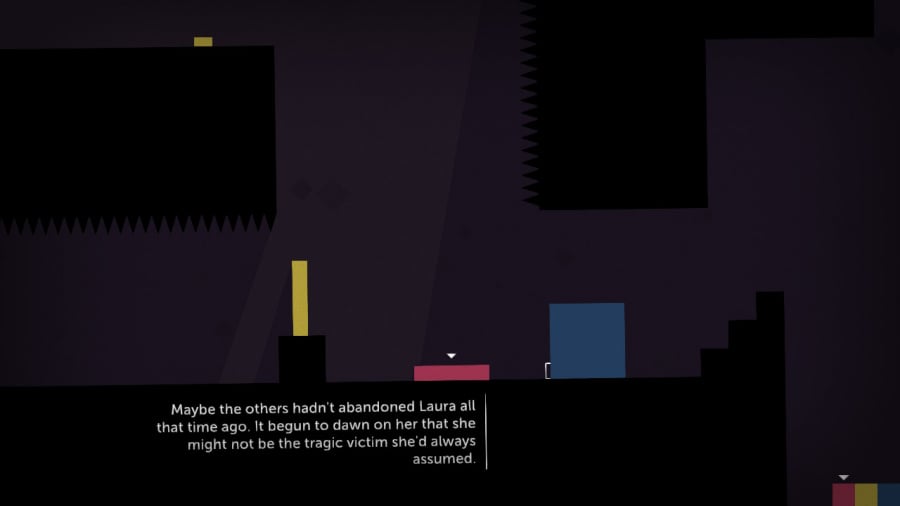 And indie games were going through a particularly introspective phase. It was the era of Cow Clicker (click a cow on Facebook once every 6 hours), of QWOP and GIRP (wrestle your keyboard to perform basic actions) and of The Stanley Parable (try to frustrate a narrator who describes your every move before you make it). These games were deconstructing the tenets of gaming; the psychology of time increments and social gaming, the relationship between control schemes and content, and the limitations (even possibility) of interactive or player-determined narrative.

Enter Thomas Was Alone. Bithell’s game sees you platforming a rectangle called Thomas in a quite featureless but attractively lit 2D abstract environment. As you progress, you meet new characters – rectangles of different colours and proportions – with their own skillsets to complement Thomas’. You switch between a given set of characters on each level as they cooperate to reach their respective exit portals. Throughout, a narrator (a BAFTA-winning performance by Danny Wallace) relates the mental lives of these shapes as they explore, form relationships and grow.

It’s a thoughtful game in two big ways: it lays bare the basics of platform game design – explicitly commenting in the narration, for example, about the relationship between the player character’s abilities and the layout of the environment – and it at once masters and makes a mockery of the presentation of characters in games. 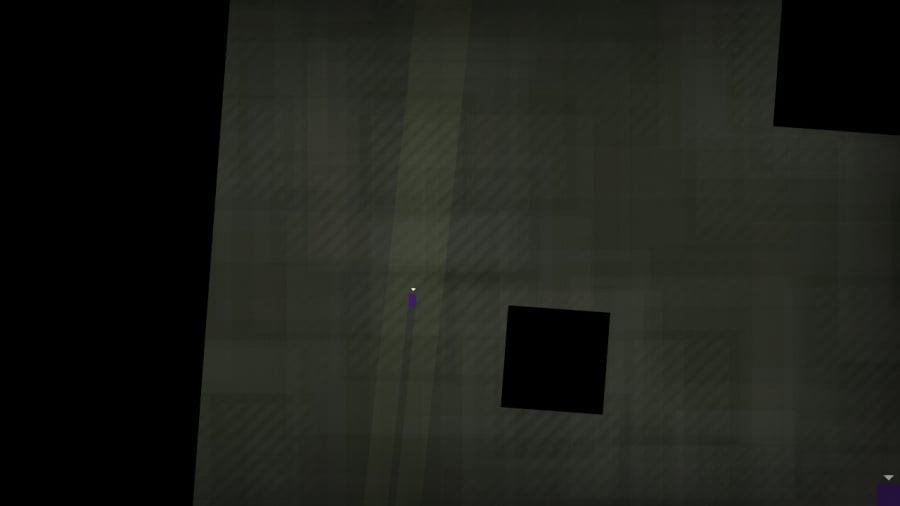 On the first count, explaining game design, it’s a beautifully clear example of introducing concepts and teaching skills to the player over its opening few levels. We had access to a four-year-old child for the purposes of this review, so we popped a controller in his hand and watched. It was fascinating to see the lessons landing with an eager new student, and the first 10 levels proved to be an excellent primer not just for the rest of the game but for platform gaming generally.

As all this clever teaching is going on, Thomas, through the narration, reflects on his world: “It had been… designed, just for him.” The game gently pokes fun at the contrivances of video games while demonstrating how crucial they are for a game to work as we expect.

As for deconstructing the idea of character, Thomas Was Alone clearly separates two ways in which games can operate. On the one hand, the different characters are distinguished through gameplay – Chris can fit through small spaces; John can jump very high; so on – and on the other, their internal lives are invented out of nothing and simply asserted by the narrator. 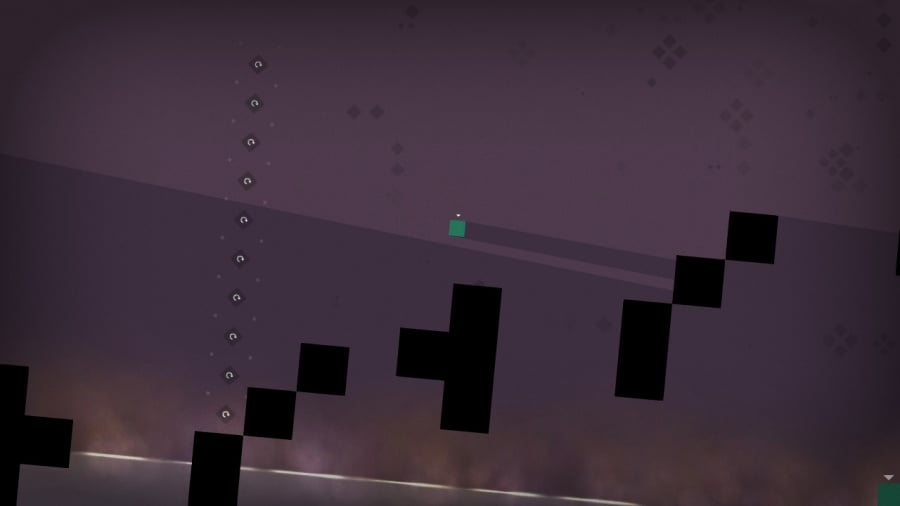 The supposed emotional relationships that develop between the characters are rarely played out in any interactive way at all. In fact, the requirement for the characters to cooperate flies in the face of some of the acrimony you are told is developing. Despite that, this superficial layer of character detail is surprisingly effective and for the most part had us joining in the role-play in our heads as we jumped the characters about on one another – which fact is revealing of the power that superficial, non-gameplay storytelling wields in contexts like cutscenes or visual novels.

So, putting all that highfalutin navel-gazing on one side, is this a fun game? Yeah, pretty fun. The level design stays fresh for most of its 100 levels (plus 20 more in the included Benjamin’s Flight DLC), the simple-shapes presentation is attractive, and the atmospheric and soothing electronica soundtrack lends further profundity to the rectangle drama. Crucially, jumping is fun. According to the included commentary track, Bithell was still tweaking the jump physics until three weeks before release, trying to make it feel exactly right. It shows.

There are imperfections: some bugginess with characters sticking on platform edges occasionally, some repetition of fiddly tasks, some overuse of what is essentially the same basic puzzle to climb stairs, and a fizzling out of difficulty into a pretty easy final part of the game. 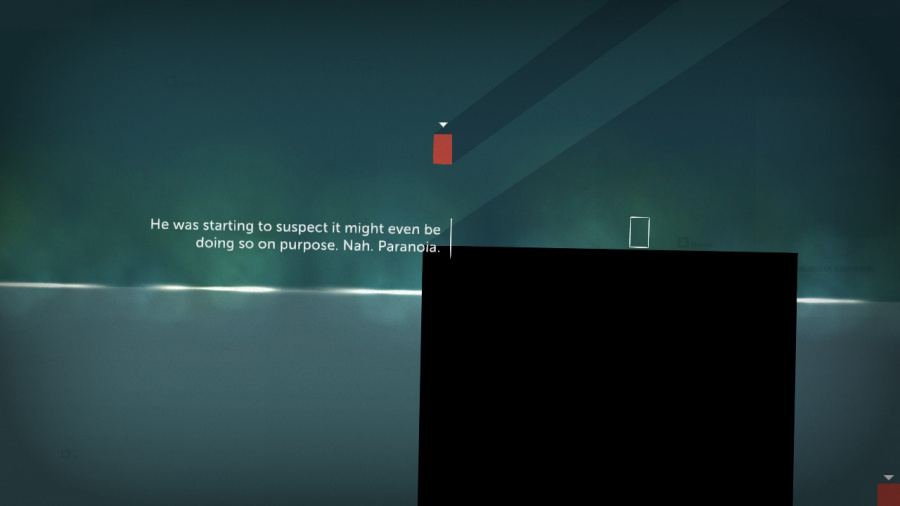 In the commentary track, we found that most of our criticisms of the game were called out by Bithell himself, and described very eloquently, sometimes with explanations of how they came to be. The easiness of later levels, for instance, was a product of planning not to have respawn points until playtesters demanded them just weeks before release. When you put it like that – a choice between harder difficulty and less repetitive gameplay – we think Bithell made the right call.

As it’s a package from 2013 of a game that reportedly sold a million copies, you probably already know if you need to get Thomas Was Alone. If you haven’t played it and you have a Switch then you absolutely must get the demo – right away, no excuses. Its playful elucidation of how games work shouldn’t be missed by anyone interested in the medium. The full game gives you a few hours of good platforming with great presentation and a well-told story. And as an artefact of its era of indie games, Thomas Was Alone is a delight. The game can be experienced start-to-finish in a few short sessions and Bithell’s commentary provides a sort of meta-narration to motivate another playthrough if you haven’t heard it before. In short, Thomas Was Alone was pretty great when it came out, it’s held up well and now it’s on your Switch.

Best Zelda Games Of All Time

Random: ‘Amogus’ Is A Playable Among Us Pokémon Hack