Roblox celebrates its 15th anniversary this year, and it’s going as strong as ever thanks to a userbase that grew above and beyond expectations during 2020. With no end in sight for this free-to-play game creating platform, now is an excellent time to sample some of the best user-created games Roblox has to offer.

With literally millions of games to choose from, just deciding where to start with Roblox can be a daunting prospect. Here’s our rundown of ten of the best and most popular games to play on Roblox right now.

How to play Roblox

If you’re playing on PC, getting started with Roblox is as simple as visiting Roblox.com and creating a free account. You can also play some Roblox games as a guest without an account, but one is required to use most of the platform’s social features.

Alternatively, you can get the app for PC from either Amazon or the Microsoft Store. To access Roblox on other gaming platforms, you need to download the app from the Apple Store (for iOS devices), Google Play store (for Android devices), or the Xbox store (for Xbox One or Xbox Series X|S).

Most Roblox games are free-to-play, meaning that you can jump in by hitting the play button on the game’s page as soon as you’re set up. A few require pre-purchase (generally at a nominal fee using the in-game Robux currency, which can be bought with real money), and we’ll be sure to flag those when they come up.

Roblox servers typically host anywhere between six and 30 players, and some allow for private lobbies as well. There are some single-player games on the platform, but due to the socially-oriented nature of Roblox the vast majority are MMOs.

Is Roblox on PlayStation or Switch?

There are currently no official plans to release Roblox for either the PS5 or the Nintendo Switch. A PS4 port was hinted at way back in 2016, but at this point it doesn’t seem like the plan got off the ground.

However, PS4 owners can play Roblox by using the console’s Internet Browser to launch the browser version of the platform. This works the same way as it does on PC, and though it’s not officially supported by Sony, players using this workaround don’t seem to have encountered any serious issues.

At the time of writing, there are over 40 million games on Roblox. This Top 10 list takes into account current trends as well as long-term favourites, and aims to give you a few ideas of what to play across the platform’s most popular genres. 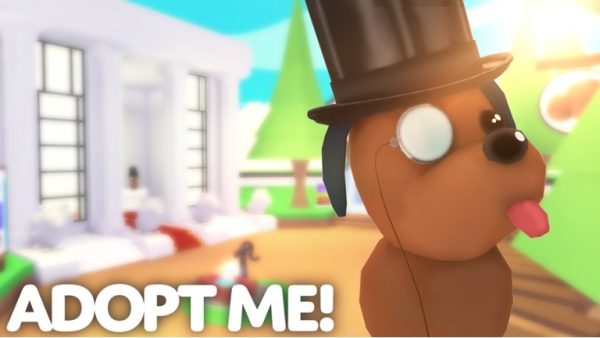 Adopt Me! is a strong contender for Roblox’s most popular game, and is easily the most played RPG on the platform. It’s a game about caregiving, with players taking on the role of either an adoptive parent or an adopted child and taking care of their everyday needs, Sims-style.

However, the focus of the game has shifted in its four-year (and counting!) lifespan, with collectable pets becoming the big draw for most players.

Adopt Me! gets weekly updates and regular time-limited events, including some cool tie-ins with properties like Scooby-Doo. Since this game is aimed at a younger player base than most Roblox content, it’s also worth being aware that it contains microtransactions, particularly related to its pet-centric features. 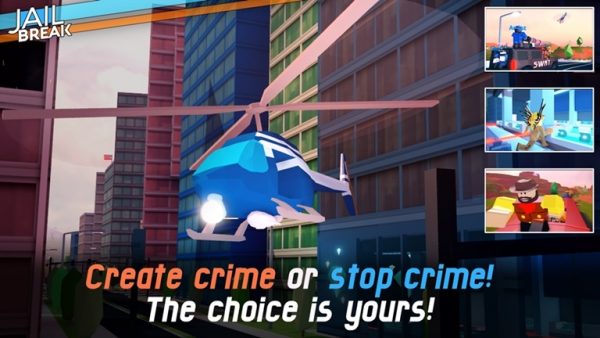 Jailbreak is technically classed as a Town & City game by Roblox, but at this point it’s really a far more family-friendly version of Grand Theft Auto Online. Players can align themselves either with the cops or the robbers in a game that features driving, heists (for robbers) or raids (for cops), and swanky apartments to furnish with all that ill-gotten loot.

Now on its third season of updated content, Jailbreak’s phenomenal popularity has led to real-world merchandising deals for its creators (who are now using the proceeds of the game to put themselves through college, good for them!). If you’re searching Roblox for a GTA-lite game that’s also reminiscent of LEGO City Undercover (or the original LEGO Island games if you’re old like me), this may well be the one for you. 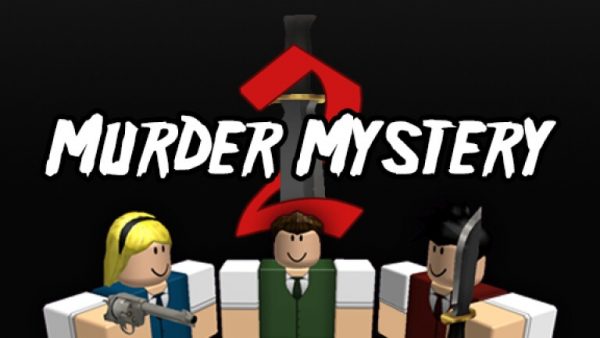 Murder Mystery 2 is Roblox’s premier game under the Horror tag. One player per round is randomly designated the murderer, and another the sheriff. Up to ten additional players are the innocents. All three groups play their own set of rules with different victory conditions: the murderer aims to eliminate everyone before the sheriff catches them; the sheriff must try to identify and then stop the murderer; and the innocents aim to survive and can aid the sheriff’s investigation.

With the recent surge in popularity of social deduction games (notably Among Us), it’s unsurprising that Murder Mystery 2 continues to be one of the most-visited games on Roblox. The game is played in short rounds and has a small number of paid add-ons, including the option to set up private servers at 10 Robux each (approximately 11p). 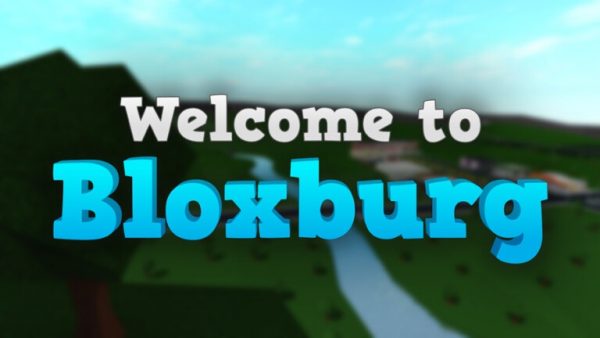 Welcome to Bloxburg is a Sims-inspired Town & City game. The features are largely what we’ve come to expect from the life simulation genre: your character can get a day job, live a life of leisure hanging out with friends, or seek adventure in the game world at large. This game also features a build mode that’s received particular praise.

It’s worth noting that Welcome to Bloxburg is one of the few Roblox games you have to purchase before playing. It costs 25 Robux — which is about 30p (but the current Robux minimum purchase is £4.59 for 400). There are also a small number of purchasable add-ons, which mainly introduce more varied and flexible building tools. 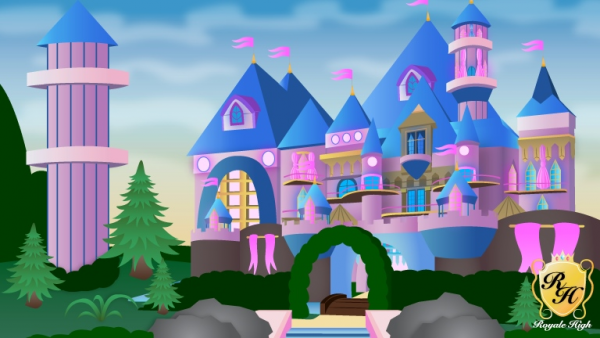 Royale High is tagged as an Adventure game on Roblox, but in practice it’s a fantasy RPG. You control a supernatural high schooler from a noble family, and the aim is to balance socialising with other players against studying to level up your character. Better grades result in more in-game currency, which can be spent on cosmetic items for your character. There’s also an increasingly large and varied game world to explore outside of the school.

The game includes a regular rotation of seasonal events and updates (at the time of writing, the 2021 Easter Egg Hunt is still ongoing). Royale High also allows you to set up a private server for 100 Robux (approximately £1.15). 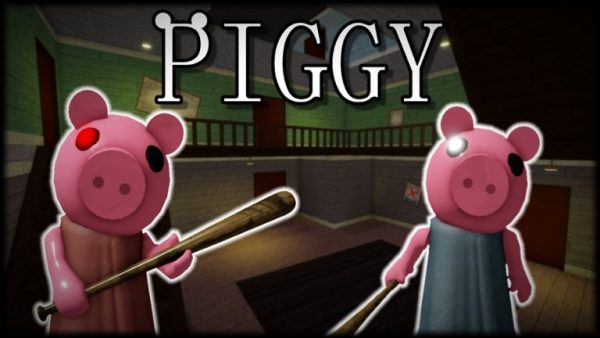 Piggy is an episodic Horror game which combines a cutesy, children’s TV inspired aesthetic with survival mechanics and a zombie apocalypse setting. Conceptually there’s a lot going on, and part of the game’s appeal is unravelling the ongoing mystery. The original story is now complete, but a second season called “Book 2” is in progress.

If you have up to five friends who share your niche enthusiasm for spoopy Roblox mysteries, there’s more good news: private servers are free to set up in this game. 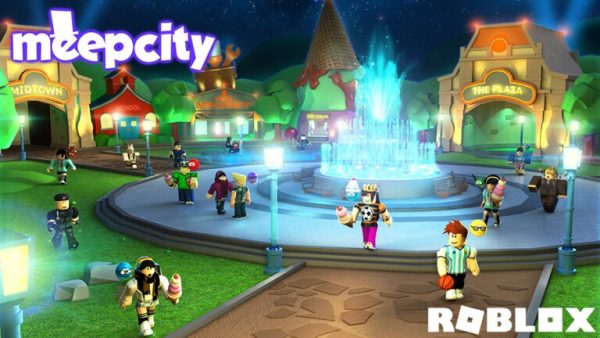 MeepCity is another Town & City game along similar lines as Welcome to Bloxburg, but with a greater emphasis on socialising with other players: servers support up to 200 players (Roblox games generally top out at around 30).

In many ways MeepCity delivers the greatest hits of some of Roblox’s other most popular games: it also features a very popular series of customisable pets, a building system where you can craft your dream home, and mini-games that earn you in-game currency for buying cosmetic items. 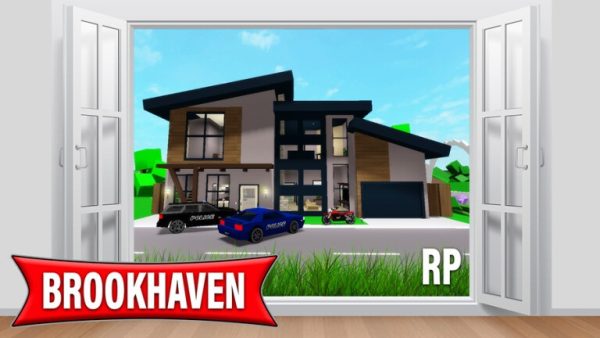 Brookhaven RP is a Town & City game which, at the time of writing, is less than a week away from celebrating its first anniversary on the Roblox platform. The huge popularity that the game has managed to gain in this short amount of time demonstrates what made Roblox so popular throughout 2020. Brookhaven delivers a chill, Second Life-style RPG with a focus on luxury living and being able to leave your house whenever you like. Really, what’s not to love?

The game’s description emphasises finding like-minded players to role-play with, and servers are limited to a relatively small social circle of 18 players. Presumably to support this, you can set up a private Brookhaven RP server for 100 Robux (about £1.15). 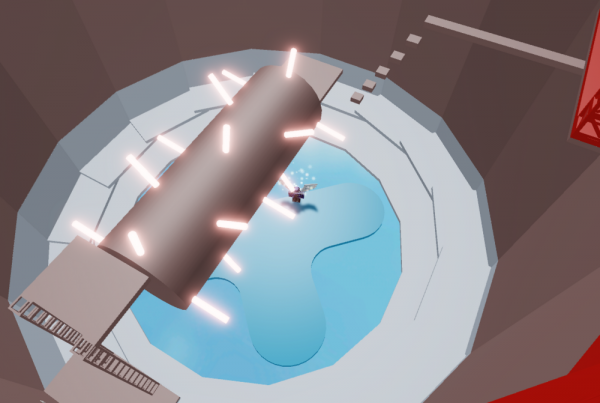 Tower of Hell is tagged as an Adventure game, but Roblox aficionados will recognise it as an obby (short for obstacle course). Obbies are somewhat notorious among Roblox players: while there are some excellent obbies on the platform, they’ve also acquired a bit of a reputation as the easiest type of Roblox game to push out at very low quality.

Obviously, Tower of Hell is one of the good ones. Imagine making it to the Fall Guys finale every time and the ensuing wild scramble. Boasting randomly generated levels and absolutely no checkpoints to make things easier, up to 20 players race each other to the top of the titular tower. Private servers cost 250 Robux (approximately £2.87) and allow the host to tweak some settings. 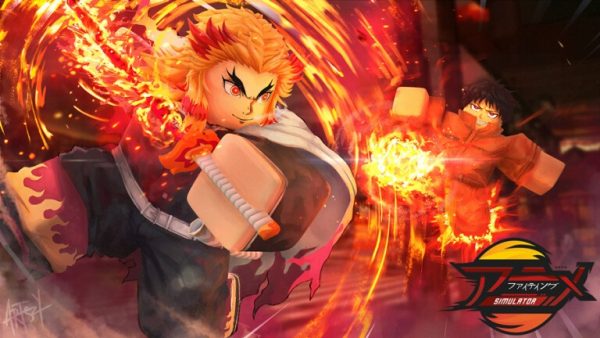 Anime Fighting Simulator is, as you might expect, a Fighting game inspired by the outlandish combat seen in various anime. Being a Roblox game it’s understandably less graphic than some of the big name fighting franchises, but otherwise it’s a surprisingly complete experience if you like the genre.

Regular updates add new items, equipment, and other features; the game even has seasons (currently on Season 4). To cap off the experience, there are different game modes, including the newly-added Tournament mode and that classic inclusion: a Story Mode that hardly anyone has touched.