Valheim is a survival game all about finding resources and crafting your own tools — but nevertheless, sometimes you just have to buy the things you need. Enter Haldor the trader, Valheim’s premier (not to mention only) merchant character.

Haldor is the exclusive source of a number of items in Valheim. This includes the ultra-rare crafting resource Ymir flesh, several unique pieces of armour, and — for some reason — all the game’s fishing tools.

How to find Haldor the merchant in Valheim

Because Valheim is procedurally generated, it’s impossible to say for sure exactly where Haldor will be in your game. To make finding him a slightly less impossible task, he will only ever spawn in the Black Forest area. If you’re exploring the map at more or less the same pace as the story, this is the area you’ll come to just after defeating the first boss.

Unfortunately, the Black Forest is one of the larger regions in the game, so finding Haldor is still no easy task. Keep an eye on the map as you explore this area: the first time you enter a 2km radius of Haldor’s location, an icon showing a bag or sack will pop up on the map to indicate where he is.

Mercifully, Haldor is only notionally a travelling merchant. In practice he’ll set up camp in one spot and stay there for the duration of your game, so you can always return to him. His base of operations is also surrounded by a magical field, meaning you’re safe from attack while you conduct your business with him.

What can you buy from Haldor the merchant?

As things stand, Haldor’s stock is pretty limited. However, he’s currently the only source in the game for the items he sells.

Valheim is in Early Access, so expect Haldor’s range of goods to expand and change over time, as well as likely becoming less exclusive.

Right now though, you can buy the following items from Haldor, provided you have the coins:

How to get coins to pay Haldor

Haldor will only accept one form of payment: coins. Quite why he’s so keen on them when he’s apparently the only person in Valheim who recognises this form of currency is a mystery.

Coins can be collected by looting them from chests and dungeons. Killing troll enemies will also yield some coins as part of their drop. 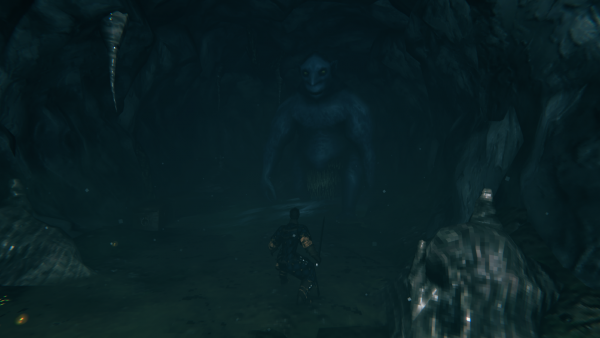 However, while Haldor won’t let you pay with anything else, he will buy a few items off you in exchange for coins which you can then give straight back to him.

Rubies, amber, and amber pearls are precious stones found in various dungeons throughout the game. They have no use outside of trading with Haldor, who will give you somewhere in the region of five or ten coins for each valuable gem you sell to him.

If you’re curious to find out what money can’t buy in Valheim, check out our guide on repairing and maintaining your own lovingly handmade tools.

Or if you want to go into Haldor’s Black Forest home well prepared, see our guide on defeating the second boss who resides in the area.