We first found out about the Pocky & Rocky sequel back in September last year, when it was tentatively titled “KiKi KaiKai: Kuro Mantle no Nazo“. Today, Natsume Inc. revealed a new teaser trailer for the game, which now bears the title of Pocky & Rocky Reshrined.

The game follows on from the 1992 SNES original, Pocky & Rocky, in that it is also a 16-bit multidirectional top-down shooter, featuring Pocky – a Shinto shrine maiden – and Rocky, her tanuki friend. 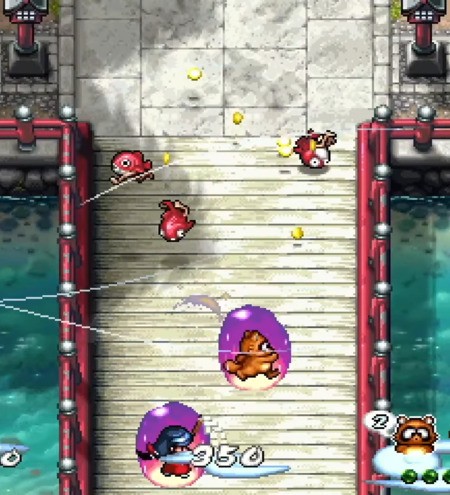 Pocky & Rocky Reshrined will attempt to recapture the SNES glory days with its retro art style and music, while also improving the graphics, controls, and audio. Natsume seem to be glossing over the release of the slightly dismal Pocky & Rocky with Becky on the Game Boy Advance, so let’s hope it’s better than that.

Pocky & Rocky Reshrined releases on Switch some time this Autumn.